As the cryptocurrencies have gone mainstream, many crypto mining sites are thinking of new tools to mine digital currency. Cryptojacking is a new malware issue that has gradually become a widespread problem. Crypto miners insert a code of JavaScript into websites and advertisements that use CPU’s power to mine cryptocurrency for them. Hackers who previously abused Google’s ad network, have now inserted the script into YouTube ads.

As firstly reported by Ars Technica, users of YouTube, the popular video networking site owned by Google, complained about the script from a service called CoinHive. Users claimed that YouTube ads were triggering their anti-virus software, as the cryptojacking site inserted a special script that uses CPU’s power of people watching those ads on Youtube.

According to the security firm Trend Micro, the YouTube ads with crypto miner mostly arrived on Wednesday and affected the users of YouTube based in Japan, France, Taiwan, Italy and Spain.

Hey @avast_antivirus seems that you are blocking crypto miners (#coinhive) in @YouTube #ads
Thank you 🙂https://t.co/p2JjwnQyxz

Looks like the major motive of hackers for targeting YouTube is its popularity across the world. The more browsers the mining software can leverage, the more cryptocurrency it can generate. Unfortunately, the cryptojacking that attacks the browser is going to stay, while many tech giants like Google are updating their platforms to block these third-party injections.

Most of the users have reported a common thing in these hacks and that is CoinHive a crypto mining service. Since Sept, CoinHive has been offering a Javascript Monero miner that anyone can register to use and slip into a website. In return, CoinHive takes a 30 percent cut. 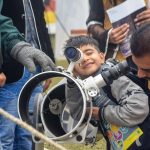