As we reported earlier that Google is updating Chrome to kill annoying redirects and popups, while now the tech giant is going to start blocking third-party software from being injected into the Chrome web browser. Similarly, some sneaky websites also inject a script in web browser which is used for cryptocurrency mining. Google has taken this initiative to reduce Chrome crashes caused by third-party software on Windows.

Google has observed that roughly two-thirds of Windows Chrome users have other applications on their machines that interact with Chrome, such as accessibility or antivirus software. Before the Chrome introduced extensions, third-party software needed to inject code in Chrome to function properly. The users of Chrome with software that injects code are 15% more likely to face crashes, so Google is planning to block third-party code injection on Windows at the beginning of 2018.

Google Chrome plans to stop code injection in three stages, as it announced via a blog post. It will start from Chrome 66 which is due in April 2018. If somehow that version crashes, Google will warn users that there is something injected that could be causing issues. Later on, Chrome 68 will be introduced by the end of July 2018 which will start blocking the injection. If the problem still persists, the browser will allow the injected software but will also display a warning. While the Chrome 72 is due in January 2019 which will entirely block code injection.

However, there are some exceptions to the final update. All third-party solutions might not be blocked. Google assures that Microsoft-signed code, accessibility software, and IME software will remain unaffected.

Google Chrome which is also the most widely used internet browser in 2016, is working on its Chrome platform to make it more user-friendly. Moreover, Google is also planning to launch data-friendly version of its search app for mobile for users who have a bad or slow internet connection and also who have smartphones with less internal storage capacity. 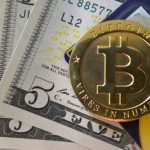