YouTube is further expanding the crackdown on the channels which are violating its policies. After the removal of 150,000 disturbing videos involving kids last year in November, now most widely used video site owned by Google, has announced a more formal and wider set of sanctions on channels that create offensive content. The move is the part of the company’s goals in 2018, where the platform is introducing more clear and strict policies to punish creators who do something shocking that causes significant harm to the YouTube’s community widely.

Yes, the new policy changes are quite clear and straightforward. According to YouTube, the company has the right to strip a channel of its ability to serve ads and its access to premium monetization programs like Google Preferred and its YouTube Partner Program, if that channel proves harmful to the broader YouTube community. YouTube has also detailed the right to cease recommending and prioritizing a channel’s videos across its platform, as reported by TechCrunch.

YouTube has also revised its advertiser-friendly guidelines, however, it is still not clear that which content will fall into the harmful content details. According to Youtube’s new rules,

“When one creator does something particularly blatant—like conducts a heinous prank where people are traumatized, promotes violence or hate toward a group, demonstrates cruelty, or sensationalizes the pain of others in an attempt to gain views or subscribers—it can cause lasting damage to the community, including viewers, creators and the outside world.”

YouTube has also punished some creators including Logan Paul who’s advertising has been temporarily suspended. The crackdown against channels come at a time when the video site is increasing its efforts to raise the overall quality of content that is published on its platform.

Meanwhile, YouTube has also made it harder for smaller channels to earn from ads. According to the newer policies, the channel must have tailed 4,000 hours of overall watch time within past 12 months and have at least 1,000 subscribers to get ads.

Twitter is working on an official ‘soft block’ feature 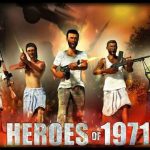