YouTube will block you if you’re not commercially viable 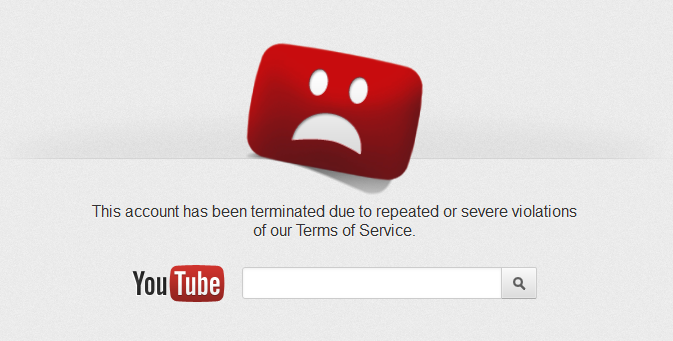 YouTube has recently released its new Terms of Services and everyone is mad at YouTube as it has decided that the company will delete any channel which is not commercially viable.

Along with the YouTube channel, you would also not be able to use other Google services as well. New YouTube’s terms of services will be effective from December 10, and all the small content creators are freaking out.

Under the headline of Account Suspension & Termination, there are multiple reasons that can cause the loss of your YouTube channel. under the subheading of “Terminations by YouTube for Service Changes,” states that “YouTube may terminate your access, or your Google account’s access to all or part of the Service if YouTube believes, in its sole discretion, that provision of the Service to you is no longer commercially viable.”

YouTube has sent the email to inform people about the change in terms of services. It is clearly mentioned that if a channel is not profitable because of not producing enough advertisement then YouTube has the authority to remove it from its platform.

me, knowing exactly what the fuck is about to happen again: pic.twitter.com/KxkJXL4zlu

YouTube has new Terms Of Service on December 10th. This basically says that if channels don’t make enough money, THEY WILL POSSIBLY TERMINATE THEM!!!

Looks like I fought to the very end but now I may be close to losing my livelihood, losing my passion, my audience and my… pic.twitter.com/P74uQe8jpW

This is the second time YouTube planning to launch crackdown on small content creators on its platform. Back in early 2018 YouTube increased the threshold for monetization of YouTube channel to 4,000 hours of overall watch time on their channel within the past 12 months and have at least 1,000 subscribers. This action caused many small content creators to stop producing videos. After this another policy change we can assume that YouTube is trying to lower the rush on its platform and benefit the large YouTube channels.