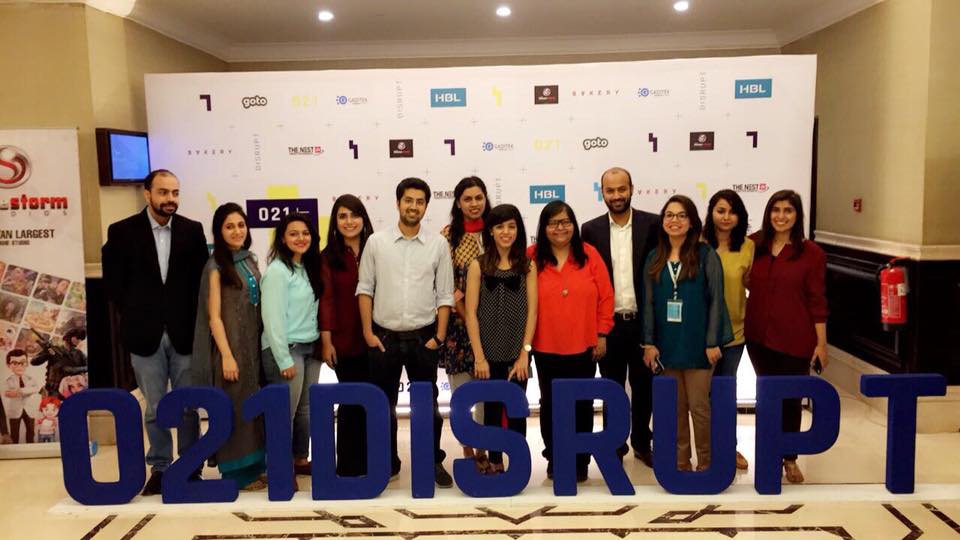 Nest I/O, a technology incubator set up by the Pakistan Software Houses Association (P@SHA), organized an entrepreneurship conference called 021 Disrupt in Karachi. The conference attracted top venture capital firms and tech celebrities from the Middle East, Singapore, and the US.

P@SHA revealed that the conference was overbooked and it had 60 speakers, including 14 international speakers. The conference was attended by over 650 people including persons from over 200 startups, professionals, influencers, and students. An Investor Roundtable was also held with more than 35 investors who shared insights and explored possibilities of investment and collaboration at various levels.

Jehan Ara, President of P@SHA, said there may soon be an announcement of at least 2 to 5 major investments that were an outcome of these interactions, while talks are underway to set up a new Startup Fund.

Bakery was the Platinum sponsor of the Conference and it, along with the Middle Eastern investor MEVP, expressed interest in investing in Pakistani startups. Another major investor, WAMDA, announced that it was about to set aside US$50 million for investment in Pakistan startups to be consumed over the next 4 years.

Earlier, the conference speakers and panelists touched upon important topics like the need for consolidating the Startup ecosystem in Pakistan, engaging with the regulators to bring the framework up to speed with the changing needs, perception management of the country, and on the need to become players in the global market by sharing experiences of successes and failures from markets as varied as the US, Chile, Middle East, Indonesia and Turkey.

021 Disrupt event was held for the first time and P@SHA plans it to organize it every year from now on.