The one question young people often ask is what can they learn from the world’s most successful people? And the answer is on the Internet. Every strategic move they have ever taken, every decision they have made has been recorded for all eternity. It is for you to analyze, study patterns, and find out which moves thrust them into fame and which cost them millions of dollars.

However, from every successful industry veteran, there is something different to be learned. And with the iPhone X launch, a lot of us are going through the nostalgia of the early iPhones and the phenomenon created by Steve Jobs. So, today we present to you all the lessons you can learn from the very public careers of Steve Jobs, Oprah Winfrey, Jeff Bezos, and numerous others! 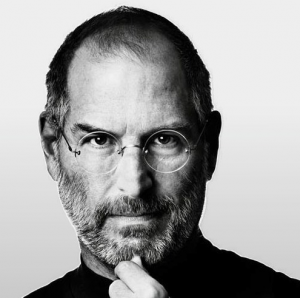 Steve Jobs taught us that you need to have a customer-centric approach to solving problems. And nothing is more important than good aesthetics.

Steve Jobs, despite being a very controversial figure in the tech industry, is credited with being a true visionary. In 1997, when he was made the CEO of Apple, the company was on the verge of bankruptcy and Steve Jobs revived it.

At Apple, Jobs was the driving force behind the development of tech products that would have a strong influence on pop culture. Moreover, he was a problem solver and had a customer-centric approach to innovation. He was the first one to introduce a full touch screen on a smartphone. In fact, when the iPhone was created he had asked his team to work on a virtual keyboard for a tablet device. When the design team came up with a prototype, he liked it so much that they ended up developing the iPhone – a product which completely the public’s perspective on what it meant to have a mobile. 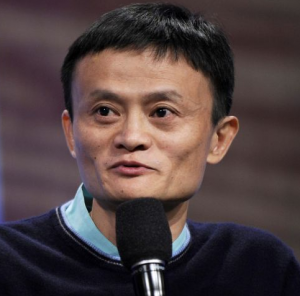 Jack is the perfect example that you do not need to be in Silicon Valley in order to think big and be successful.

In his youth, he applied for 30 different jobs but got rejected from every single one. His application from Harvard got rejected 10 times. But that hasn’t stopped him from becoming one of the world’s biggest business magnates. In 1999, Jack launched the Alibaba Group, a body of Internet-based businesses including the e-commerce store Alibaba.com and hasn’t looked back since. Alibaba employs over 50,000 people and is currently the sixth biggest company in the world in terms of revenue. 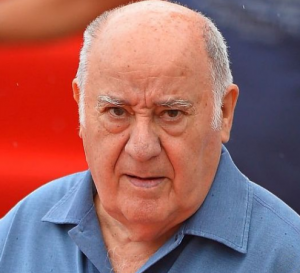 Amancio Ortega’s multi-billion dollar clothing empire teaches us to select a market segment that will always be in high demand.

You probably don’t know who Amancio Ortega is but he is the man who has dethroned Bill Gates thrice from the top spot of the richest person in the world. Even though Ortega is not at all well-known, he has quietly built a clothing empire by the name of Zara which is a subsidiary of his retailing brand Inditex.

From Ortega’s success, you can learn that it is very important to identify your customers and give them exactly what they want. The brand has been very successful and is now valued at $100 billion. Ortega collects $400 million in dividends from Inditex every year and more than 80% of his fortune comes from his shares in the company. Over the years, as the Inditex stocks have risen so has his net worth. 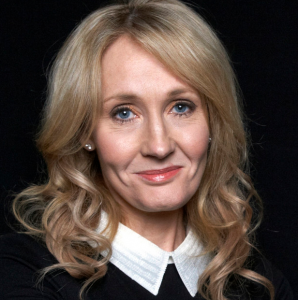 J.K. Rowling can best teach you to never give up on your dreams if you have hit rock bottom.

She came from extreme poverty to become one of the world’s most read authors. She was working as a researcher and bilingual secretary when she conceived the idea for the Harry Potter series in 1990. In the following seven years she had to go through a lot of personal trauma, her mother died, she got divorced, raised her daughter as a single mother, all while living in poverty.

But she did not give up on her idea and even though several publishers rejected her books initially, Bloomsbury finally picked it up and pushed it into international fame. J.K. Rowling has had a true rags to riches story and is the first person to become a billionaire just by writing books. However, she has given most of her money to charity and now has a net worth of $650 million. 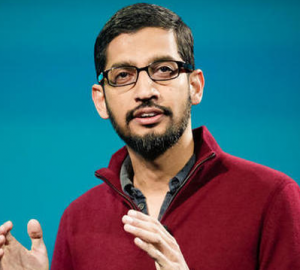 From Pichai’s remarkable career, you can learn that you don’t always need to be in the Founder’s seat to become an impactful figure.

Sundar Pichai made waves when he was selected as the CEO of Google when Sergey Brin and Larry Page stepped down. He has a truly inspirational story. After getting his basic education from India, Pichai moved to the US for higher education and a better career. Before joining Google he worked at McKinsey & Co and after joining Google in 2004 he led the product management and innovation efforts. Before being selected as the CEO of Google, he was dedicated to his job as Product Chief at Google and used to lead the Google IO event. 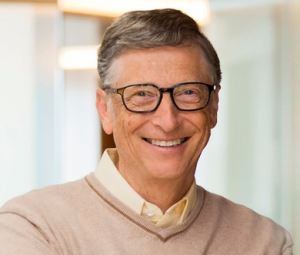 No one can teach us better than Bill Gates that the people don’t know what they want until you show them.

Everyone knows Bill Gates as the richest person in the world but he did not amass all that wealth without hardwork. During his 15 prime years of work, he would work 100 hours a week. As the co-founder of Microsoft Corporation, Gates is largely credited with changing the way people interact with computers by introducing the very user-friendly Windows Operating System. Over a billion people in the world use various versions of Windows on their PC. But this wasn’t it. As the CEO and Chief Software Architect of Microsoft, before retirement, Bill Gates as a true visionary directed the company towards the cloud computing domain. And right now their cloud platform called Microsoft Azure is being out Amazon Web Services by a huge margin. 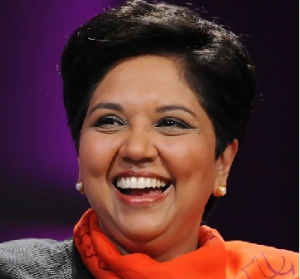 Indra Nooyi is the perfect example that you don’t need to be a man in order to be a successful CEO.

She joined PepsiCo in 1994 and was promoted to CFO status just 7 years later. Throughout her years there, she has been the force behind massive restructuring at the company. She also took the lead in the acquisition of Tropicana in 1998 and the merger with Quaker Oats Company. In 2006 she became the fifth CEO in Pepsi Co’s 44-year history and still maintains that position. Forbes named her one of the 100 most powerful women in the world in 2014 and Fortune labeled her as the 2nd most powerful woman last year. 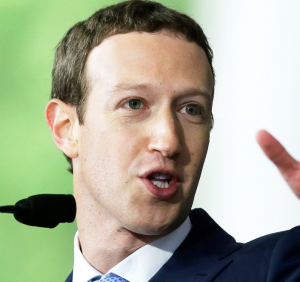 From Zuckerberg’s role at Facebook, you can best learn that if you can’t beat your competition, acquire it.

Mark Zuckerberg’s story of how he launched Facebook from his Harvard dorm has become a tech legend at this point. But over the years, Facebook has seen a brilliant transformation and so has Mark Zuckerberg. He has evolved from a geeky coder to an entrepreneur who makes the perfect deals. With Facebook, he has solidified his position as a CEO who acquires any business that poses a major threat. Right now it is the biggest social media platform in the world with over 2 billion monthly active users.

People don’t just use Facebook for writing on each other’s walls or putting up a status, it has become a formidable mode of communication thanks to the Messenger which has 1.2 billion active users. Back in 2014, when WhatsApp posed a major threat to Facebook, they bought it in a deal worth $19 billion. Similarly, when Instagram posed a threat to Facebook, in terms of its active user engagement and rising business accounts, Facebook bought it for $1 billion. And with the power of Instagram, Facebook has been able to push Snapchat over the edge. Right now 250 million use Instagram Stories while Snapchat has only 166 million active users. 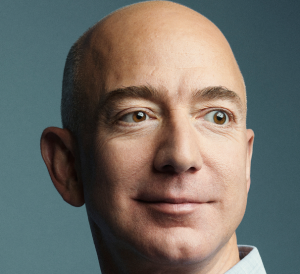 If Jeff Bezos can teach you one thing, it is that no idea is small if you strike at the right time.

Jeff Bezos started Amazon in 1994 when online retailers were unheard of. Using the Dot Com boom of the 90s, he launched the Amazon website, which initially was just a bookstore. In just one year, he was selling books in America and 45 other countries, bringing in $20,000 in sales per week. In the next ten years, Amazon had introduced CDs, clothing, and electronic items to its store. In 2004, Amazon made a revenue of $6.9 billion, which increased to $8.5 billion in 2005.

Today, Amazon has transformed into a huge online business with numerous subsidiaries. From selling books in 1994, Amazon now sells and produces its own electronics like the famed K, has its own cloud computing software called Amazon Web Services(AWS). The company raked in $135.98 billion in revenue last year and has made Jeff Bezos one of the richest men in the world. 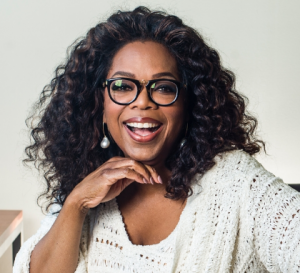 Oprah’s public life is a major lesson that your gender and skin color does not define what you can achieve.

Oprah Winfrey started hosting a talk show at a time when all the key players on TV were men and, more interestingly, all of them were white. Before she was a business mogul, Oprah used to wear potato sacks as clothing because her family could not afford anything better. Overcoming a troubled childhood, Oprah secured a full scholarship at the University of Tennessee but left it to pursue a career in media. By the age of 20, she had already achieved a major milestone. She was the youngest woman and the first black person to become a news anchor.

She then moved on to AM Chicago and transformed it from one of the lowest-rated TV shows to the most highest-rated ones. That show would later be renamed to what we now know as ‘The Oprah Winfrey Show’ – the highest-rated TV show of its kind in history. Now 63 years old, Oprah is the wearer of many hats which include talk show host, actress, producer, media proprietor, and philanthropist. 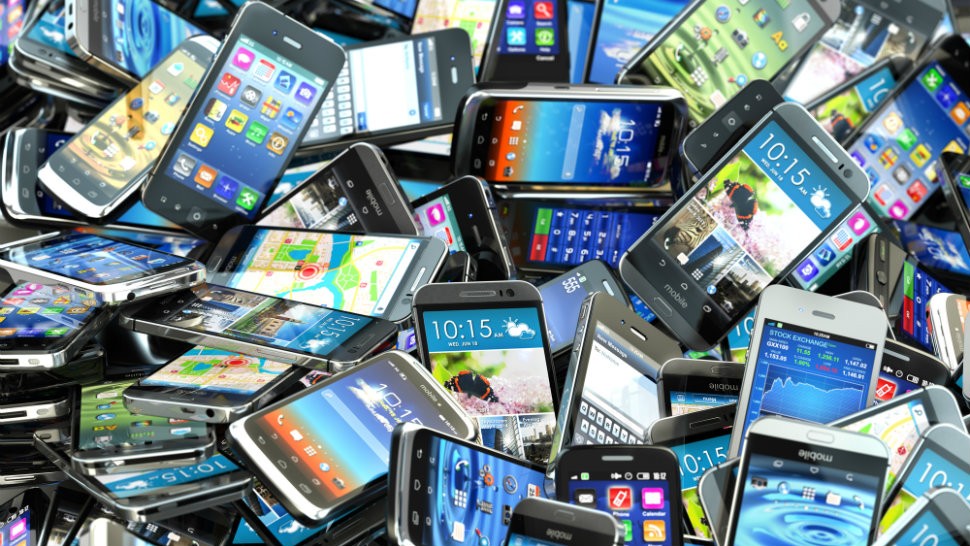 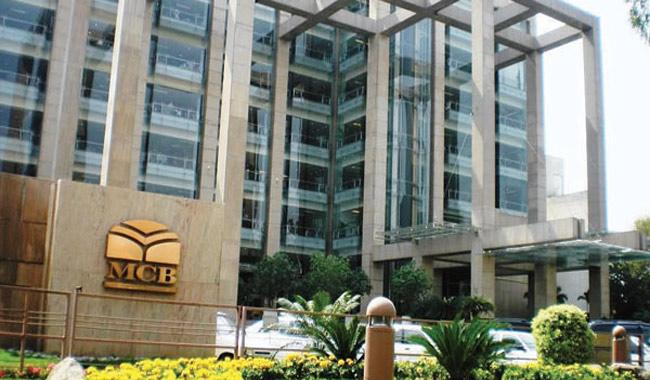 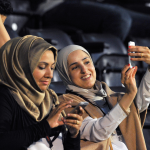