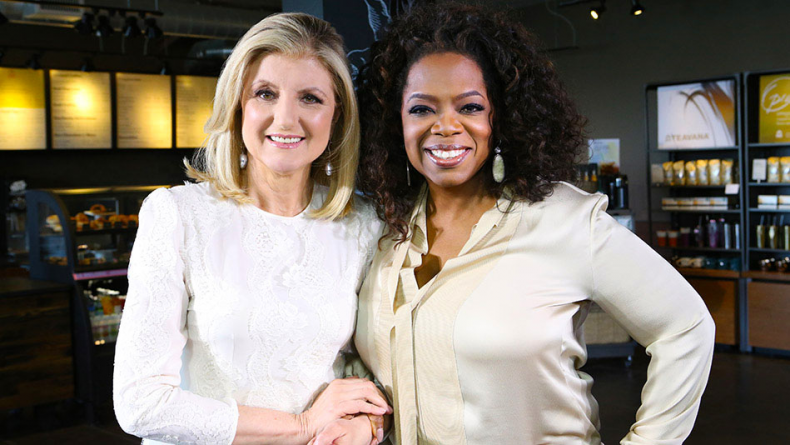 We are all intrigued by the lives of public figures. The moves they make in public are there for everyone to see but what interests us more is what we cannot see. What kind of habits do they have? How many hours do they work in a day? Or what is their favorite book?

It is totally fine to feel motivated by the work of people you idolize, for example, Steve Jobs, Jack Dorsey, or Shery Sandberg. Reading about habits of successful people and adopting ones that appeal to you is always a good thing. So if you love reading about the habits of successful people, we have compiled for you a comprehensive list. We went on a proper hunt on the Internet, dug up the habits, routines, and quirks of prominent entrepreneurs, and found out things that they do religiously every single day. Time to get motivated!

CEO & CCO of The Oprah Winfrey Network
Net Worth: $3.1 billion

We’ve said in our Quick Tips before that reading will open up your mind in the most unique way possible. While sitting on your couch, you can discover and learn so much more. And Oprah Winfrey swears by this. She has her own book club as well to promote the culture of reading and since 1996, she has recommended 70 books on it. Oprah also likes to start her day by meditating and writing down all the things she is grateful for in a journal.

Despite being the richest man in the world, Bill Gates lives a very modest life but does not compromise on his health. He starts his day by exercising and runs on the treadmill. While he was at Microsoft, he spent his peak 15 years working 100 hours a week. Now he distributes his time to philanthropic causes. And he read. He is known to read at least 50 books a year.

Elon Musk is always working. He schedules his entire day in 5-minute blocks. He spends Mondays and Thursdays working at SpaceX, Tuesdays, and Wednesdays at Tesla, while his Fridays are split between both of these ventures. And he is also known to read a lot. Once when asked, “How did you learn how to build rockets?” He responded by saying, “I read”.

Shery Sandberg is widely considered the glue that keeps Facebook together. When she is not occupied with her work at Facebook, she splits her time between family and her female empowerment causes. She is the founder of an organization called LeanIn which empowers women to attain leadership roles.

Mark Zuckerberg is known to wear the same thing every single day. A choice that he says allows him to free his mind of making extra decisions every day. Moreover, he sets personal goals every year and then acts on them every single day. For example, he once set a goal to meet a new person outside of Facebook every day, to learn Mandarin, and to make a personal AI assistant. He is also very keen on reading and complete one book every two weeks.

There is a reason why Warren Buffet is considered one of the world’s biggest business moguls. He is all about prioritization. He has a list of his top 25 goals which he follows strictly every day. And he is also a big reader too. He starts his day by reading three newspapers including The Wall Street Journal and continues reading throughout the day. In fact, he spends 80% of his time reading. And while starting out his career in investment, he would read 600-1000 pages every day.

Jack Dorsey takes his weekends off and specifically sets aside Sunday as a day for reflection. This helps him realize all the things he has achieved so far and prepares him well for Monday. Moreover, he wakes up at 5.00 AM every day, meditates, and takes a five-mile walk each morning.

Arianna Huffington, despite being so busy, gets a proper 8-hour sleep every night and she even wrote a book about it! Moreover, she does yoga every day and takes out time every morning to count her blessings.

Mark Cuban is all about staying fit. He does an hour of cardio almost every day, plays basketball, and takes part in kickboxing and aerobics. He is also keen on reading and reads more than 3 hours a day.

Peter Thiel is very concerned about personal care and hence sleeps 6-7 hours every day, follows the Paleo Diet, and has completely stopped eating sugar. He is a strong believer in personal development and takes out time every day to discover smart people and has long conversations with them.