The Apple Keynote Event took place yesterday where the company unveiled its most awaited iPhone flagships – iPhone 8, iPhone 8 Plus, a special edition $1000 smartphone iPhone X and many other products. The newly launched iPhones are being praised by Apple lovers and tech enthusiasts for its new design while being mocked by others for their face recognition system and sky high prices.

Right after the launch of smartphones, social media exploded due to debates among Apple lovers and non-apple lovers regarding the features of newly launched iPhones.

Social media platform give a person the liberty to express and share ideas with many online users across the globe. It is also a source of entertainment for a number of people.

Today in this article we are featuring most hilarious memes which are circulating and creating buzz on social media platform, Twitter.

When you want to unlock your friend’s iPhone with facial recognition. #AppleEvent pic.twitter.com/6GRn6OaQ3a

Sadly, two faced people will not be able to use the face recognition feature in the new iPhone. #AppleEvent

Apple: Another thing.. We introduce to you the iPhone X/iPhone 10!!!

#AppleEvent
It is IPhone X then we shall have IPhone Y, next year!
Then you will ask yourself Y did I buy X? pic.twitter.com/MMZrRPg5gj

Chances of me being able to afford the new iPhone #AppleEvent pic.twitter.com/8h24Vs7pOe

Me: maybe the iPhone 8 will have a screen that won’t break
Apple: nah we’re gonna make both sides glass now#AppleEvent

Apple: Now you will unlock your iPhone 8 with your face so no one else can unlock it!
Arya: #AppleEvent pic.twitter.com/ZfZM210PsX

Me to iphone lover:
What’s the difference between iPhone 7 & iPhone 8 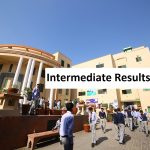