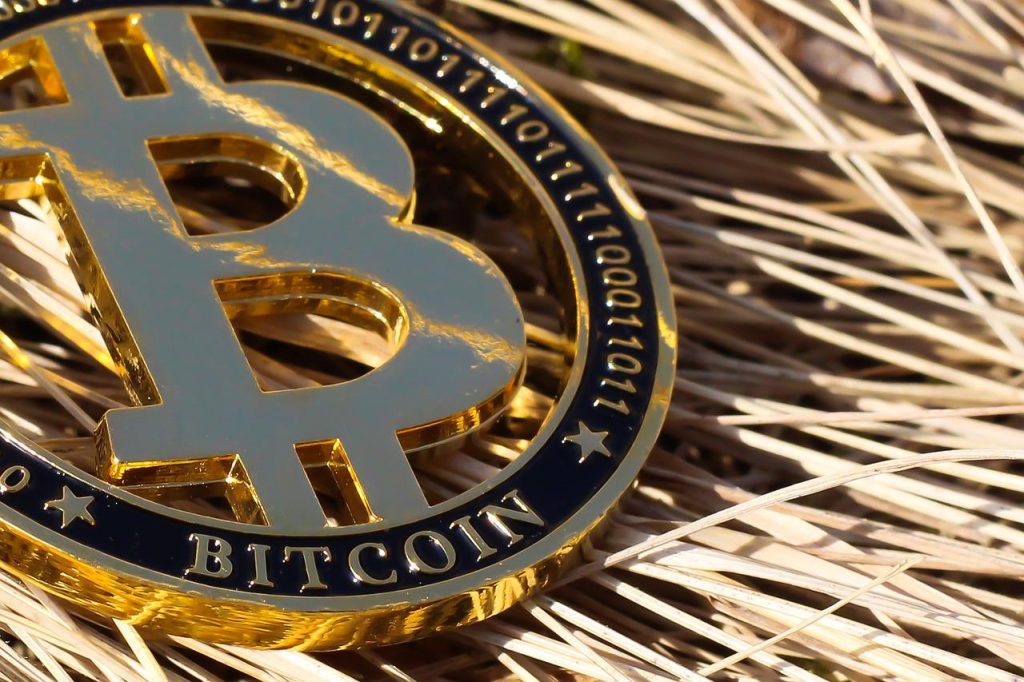 You may not know much about crypto, but it has been here for a while and is one of the most significant booming industries. Crypto has led the financial sector into a new dimension, and it is getting appreciation from people. Cryptocurrencies like Bitcoin, Ripple, Ethereum, and many more are time by time, increasing in numbers. Likewise, considering their potential, it is expected that their worth will go up in the future.

When we discuss cryptocurrency, we do not talk about Bitcoin; that is not possible. This payment system was constructed in 2008 and enabled people to buy things or send money without the involvement of banks or intermediaries. Do you know the most fantastic feature about making transactions? Well, let me tell you, the foremost notable part of making transactions is being registered on a digital block chain ledger without attaching names to transactions you make.

So let us tell you 9 success stories of those who became billionaires because of Bitcoin. Please note that these success stories are real and inspiring for you, but there is no guarantee that you will become one of them after investing in cryptocurrencies. Always keep in mind that every kind of investment involves risk, and this is also an investment that can bring either success or failure.

Javed Khan- A Trader Who Bought A Bentley 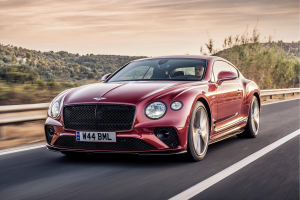 Javed Khan got success just by accident. In 2018, when Bitcoin’s price was near $3,000, Javed utilized Bitcoin to transfer money, considering it much easier than a bank. He used to leave Bitcoin sitting in his wallet and witnessed the price rising. So Javed saw this as an opportunity.

On the other hand, when Bitcoin’s price fell and it was not trending, he bought more. Since when Bitcoin is not trending, it is an excellent time to buy it. Another superb technique of Javed is that he only invested money that he could afford to lose. Alas, in 2020, he got profits and bought a Bentley. Afterward, he sent the video from the showroom to his mum, who felt proud of him and congratulated him on his success. 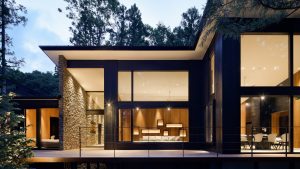 Daniel Crocker was doing an apprenticeship at an IT company in 2012. While at lunchtime, he discussed with his colleagues how to make some extra money. When one of his colleagues talked about Bitcoin, Daniel thought to give it a chance by making a small investment.

Moreover, Daniel holds those coins for 8 years, allowing their value to increase. In 2020 he sold some cash to pay for the deposit on his house. Daniel considers himself lucky, considering he did not put much effort in comparison with other people around him. 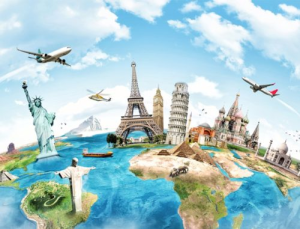 Smith graduated from college in 2008 and started working at a large technology company in Silicon Valley. When the price of Bitcoin was only US 15 cents in 2010, Smith invested $3,000, which means he had almost 20,000 Bitcoin. From the start, he wanted to play the long game and see how high Bitcoin could go.

Later, after three years, one day, Smith was watching the news and remembered his investment. The price was increasing 10% or more daily, and Smith sold 2,000 coins when the price hit $350. A few days later, when the price hit $800, he sold another 2,000 coins and had already made $2.3 Million. So Smith left his job and went on a trip around the world. Nowadays, Smith enjoys a luxurious life. 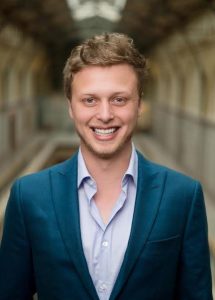 When Jeremy Gardener learned that you could send money to somebody with an internet connection, she fell in love with Bitcoin. He bought Bitcoin in 2013, started gaining knowledge about the technology, and contributed more.

Jeremy believes that by dedicating his life to crypto assets and blockchain technology, he made more money than he ever imagined making in his whole life. 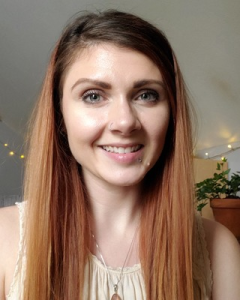 Heather Delaney put £5 initially and continued investing. She is among those buying Bitcoin and other cryptocurrencies so they can live a luxurious life after retirement.

Hence, one can only judge Heather’s success after she retires, but she’s already up over 500%, and considering Bitcoin a long-term investment, sudden changes don’t affect her. 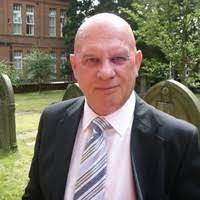 Terry Proud sold a portion of his superannuation investments to buy cryptocurrencies in 2017. This time the price of Bitcoin was $3,000. He is among those Australians investing in cryptocurrencies with the help of Self-Managed Super Funds (SMSFs). 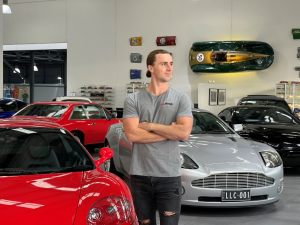 Kane Ellis was born in South Australia and has always been interested in technology. The reason why he established a technology consulting company Nerd Herd while he was 18 years old. Moreover, he founded the CarSwap application.

In 2010, Kane Ellis started mining Bitcoin when the cost of a single coin was $1.60. He sold 2-4 Bitcoins for a McDonald’s meal which was a mistake. But luckily, that only made up a small part of his holdings. Kane sold a small portion of his holdings after a few years, but this small portion was enough to buy a bright yellow $200,000, Maserati. 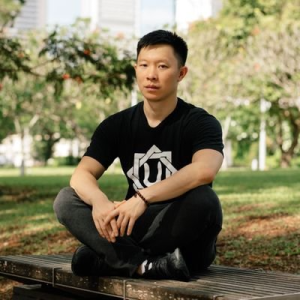 Su Zhu and Kyle Davies, his friend from high school, established Three Arrows Capital from the kitchen table of their apartment. Previously, their experience from their roles as traders for Credit Suisse, they instantly earned profits. They once had to take an emergency loan, which they paid back quickly.

They are now part of the world’s most significant cryptocurrency trading funds. Moreover, Su Zhu and Kyle Davies currently run DeFiance Capital, which invests in decentralized finance businesses. The logo of DeFiance Capital was in an illustration on the front cover of Fortune magazine. Various Lambos are parked near the trading office of Su Zhu and Kylie Davies. 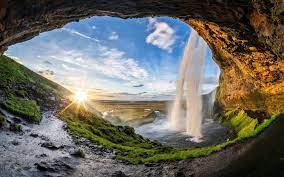 James Saaye was puzzled about putting his money into Bitcoin in 2017. But anyway, he bit the bullet and bought around £500. The value instantly increased by 500%; he gained almost £2,500.

James used this money to pay for a holiday in Iceland and even the extra cash. Later on, he repurchased it in 2018 when the price dropped.

Kristoffer Koch- Who Wanted To Buy Things Without Anyone’s Permission 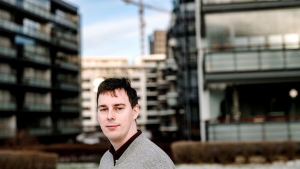 While completing his masters in 2009, Kristoffer during his research found Satoshi Nakamoto’s whitepaper on bitcoin, the insights of the study fascinated him about the impact this new digital cryptographic technology could have.

He invested an amount of $26.60 to buy this digital currency at that time when it was new to the market, he got 5,000 bitcoins. However, it was only $26.60 but still, his companion created doubt about spending “real money” on “fake money”

After a boom in this digital currency, in 2013, Kristoffer received a gain in bitcoin and after the speedy calculations, he realized that if he would invest again then he is close to becoming a millionaire. By investing and reinvesting in bitcoins Kristoffer received profits and later, he bought an apartment with those profits. Study shows that if he still holds some other bitcoins, he would definitely earn a profit of millions of dollars.

Kingsley Advani- In Human History, No One Had An Opportunity To Experience In Investing Such High-Growth Assets. 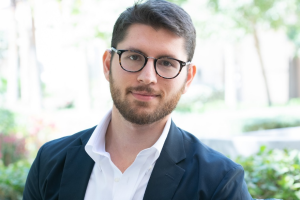 Kingsley Advani is a student, who at an early age took a risk and invested all his money whatever he owned in purchasing bitcoins. He sold everything he owned and emptied his bank account so he could buy as many bitcoins as he could.

In 2017, Kingsley experienced the incredible potential of bitcoin. He decided to invest all his money including his life savings and even his personal laptop. From all of his amount, he purchased bitcoins for $34,000. After experiencing a huge boom in the bitcoin industry he became a millionaire.

He now travels from one country to another working as an advisor to startups in cryptocurrency.

Erik Finman-Became A Millionaire By The Age Of 18 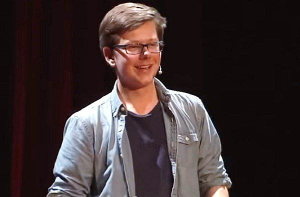 In 2011, when he was a high school student he invested $1,000 in purchasing bitcoins, worth $10 per bitcoin. He did research on bitcoin and found that this cryptocurrency industry will see a boom soon. He challenged his parents and teacher that he would become a millionaire soon, Late he started his business by trading bitcoins and soon became a millionaire.

Currently, he’s grown up his bitcoin assets and has a net worth of 8 digits. He’s a key stakeholder in a Silicon Valley cryptocurrency startup and facilitated promoting the Crypto-Currency Act of 2020 as a national advocate

Well, now you have seen the charts and numbers and may have understood that Bitcoin is the best investment of the past decade. Now, ask yourself whether you are ready to start your crypto journey or not. If you get the answer yes, then begin without thinking that you are a beginner and will not become successful. 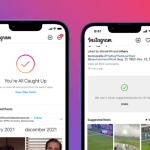 Instagram May Give its Users More Control Over Suggested Posts