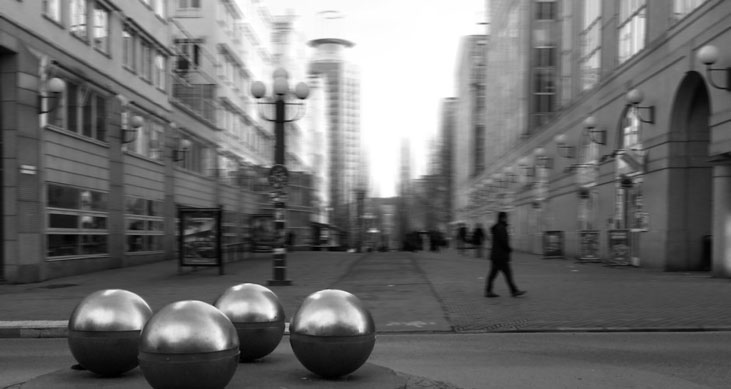 One of the most popular feature of today’s smartphones is their camera. Almost everyone who owns a camera phone uses it to shoot pictures at one point or another, if not everyday. No matter how awesome your camera’s phone might be it could still use some third-party tools and features for better results and photographs. From the best photo filters to advanced photo editing and enhancement tools to other advanced camera features that you didn’t even know existed, we bring it all to you in form of a list. Here are the smartphone photography apps, that caught out attention, in no particular order: 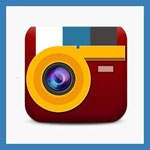 Whistle Camera for Android lets you take photos and selfies with your mouth! Imagine not having to fiddle with your android device’s touch screen or even a physical button to take a picture. This new app gives a new meaning to the term ‘hands-free’. This whistle detecting camera takes high quality photos and supports auto focus. One of it’s many possible application could be taking picture while driving without taking your eye off the road.

Get it here: Google Play 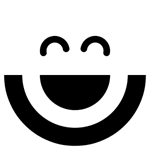 The idea behind this popular camera app is simple – it lets you snap a picture with both the front and rear facing cameras, and then combine them together in a single image. You can also add short messages, mention friends you’re with and include hashtags, then share across all the usual social outlets. Rather than just sharing an event or scenery photograph you could add what’s going behind the primary camera, like for instance add your own facial expression and complete the story. 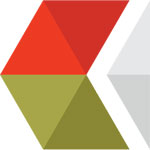 VSCO Cam is a powerful editing tool that’s full of filters to enhance your images, is easy to use, has a ton of advanced filters, and provides a place to share your photos if you want. The app lets users edit exposure, temperature, and contrast with just a couple taps. If you want, you can upload all your photos to your own page on VSCO Grid, which also has options for copyrighting your photos (or releasing them as Creative Commons). 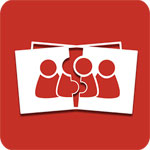 This awesome app by Pakistani developers solves the age-old problem; the photographer of the group being left out of a group picture. The idea is to take two separate pictures of the same scene using groopic with a different photographer in each. The app intelligently merges the two pictures in a way that both the people who originally took the photos are in the final image! 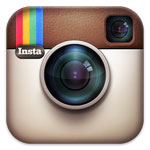 Love it or hate it, Instagram is the biggest and most popular social network for sharing photos out there with over 200 million users. So, most of you probably already have the app but if you’re never tried it before, we recommend that it’s worth having on your phone. 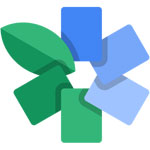 Nik Software is a more venerable maker of photo enhancement software, having developed pro-level effects for Photoshop for years. The company’s Snapseed can add zest or interest to images shot with your smartphone camera and share it on social media profiles. The app was bought by Google in late 2012. You can use the app to boost my picture quality and make it more awesome. Snapseed has a brilliant little HDR filter feature lets you improve your photos and make your friends, family, and colleagues believe you really do know it all. 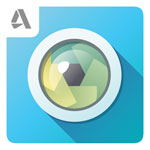 Like VSCO Cam®, Pixlr Express is all about making photo editing dead simple. The big bonus here is that you also get collage options if you want to put a bunch of photos together. 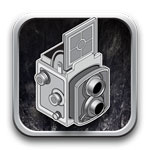 Pixlr-o-matic is a simple photography app for adding effects (retro, grunge, clean, or stylish look) to your images or photos. It has 100 effects, 280 overlays and almost 200 different borders. The apps makes it easy to quickly add style to your photos using effects, overlays, and borders; and for the total price of $0 it’s pretty decent. 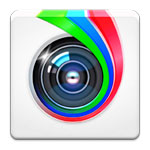 Aviary is a very pleasantly designed app that strikes the perfect balance between serious photo-editing and playful photo-decoration functions without looking bland or childish. Mashable called it “one-stop shop for any photo editing need”. The app has all the tools you need, in a super intuitive interface so you can get right to editing. 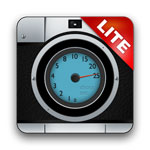 This app is perfect for taking picture of kids that just won’t stay still for a photo. The app was probably developed to mimic the fast burst camera mode feature on the Samsung Galaxy S III and captures multiple different images, up to 30, in a second. The app is perfect for shooting fast moving things and processes. Fast Bust Camera app also has built-in editor feature. 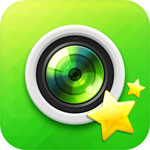 Sleek and easy-to-use, LINE Camera comes with a solid range of filters, borders, icons and stamps. You can also add text to your pictures in over 100 fonts and 20 colors, making this free smartphone photo app one of the best for typography. 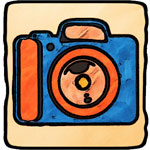 As the name suggests, this app lets you create cartoon and sketch like photography with your smartphone camera. Users can choose from about a dozen effects: Cartoon, Color Drawing, Sepia, White Strokes, Dark Strokes, Colored Edges, Pencil Sketches and many more. The app also supports front camera (requires Android 2.3+), auto-focus and camera flash. 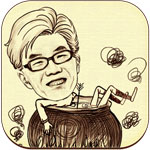 MomentCam, a Chinese app, went quite viral last year. It is a photo application that let’s you capture selfies and then use your face to create funny and cute little cartoons and caricatures. You simply snap a picture of your face and the camera then transplants it on a cartoon body allowing you to tweak every aspect of the appearance. Users can easily use the app to test out glasses, dress and hair styles onto their cartoon. 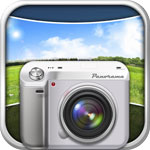 Wondershare Panorama allows photography buffs to snap beautiful landscape shots of breathtaking scenery and combine them into one, stunning panoramic photograph. It might actually be the simplest and most creative panorama app so far. Photographers used to need expensive, very wide-angle lenses, special shooting skills and tedious manual work to fully bring out the impact of breathtaking landscapes, city scenes and nature in one panoramic image. However, now with Wondershare Panorama seamless panoramas can be easily created in seconds with a single tap. Amazing photo effects are also provided in the app. 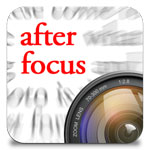 AfterFocus is a great specialization app worth having in one’s collection. It is a must-have for adding depth of field (DoF) lens effects to your images. Unlike Snapseed’s own blurring tools (which are also quick and easy), AfterFocus allows you to draw out where you want your image to remain sharp, where you want slight blur, and where you want strong blur for better and more professional looking results.

Try all of the above apps that catch your fancy and tell us what you think about them. Did we miss your favorite camera/photography application? Let us know about it.

(* many of the apps offer in app purchases and offer advanced paid versions. Two of the apps are free on Google Play Store but are available for a price of 99 cents for the iOS users) 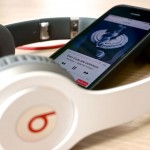