Inventions, the world is full of inventions with primary purpose to make human life easier, comfortable and more purposeful. But there is no lack of such inventions which are utterly useless and sometimes, devastating. So here we have prepared a list of 20 worst inventions ever. 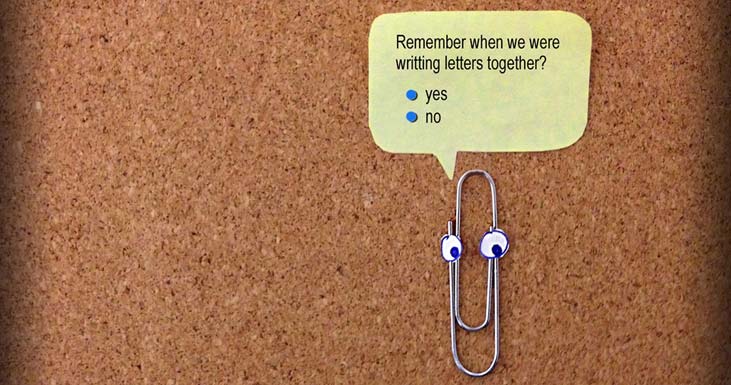 Remember, in the late 90s and early 2000s when you used to use Microsoft Office, this guy used to appear at the bottom of your screen, with a purpose of assisting you with your work, however the truth is that it was rather diverting than assisting, with different non purposeful suggestions and options coming in front telling us what to do and type, like we came from mountains, that’s why a lot of people hate it and the reason it is no more. 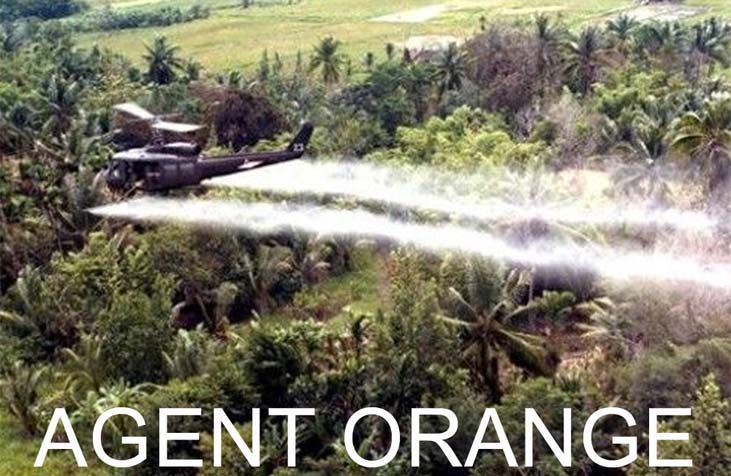 Agent Orange was a herbicide used by U.S Military in Vietnam war to cut through the thick forest to be able to get a better view of the troops so that it could be easy to attack, though it succeeded in its purpose, but its effects were devastating on humans, particularly, it caused cancer and birth defects among Vietnam’s Citizens and it had affected the U.S troops as well. 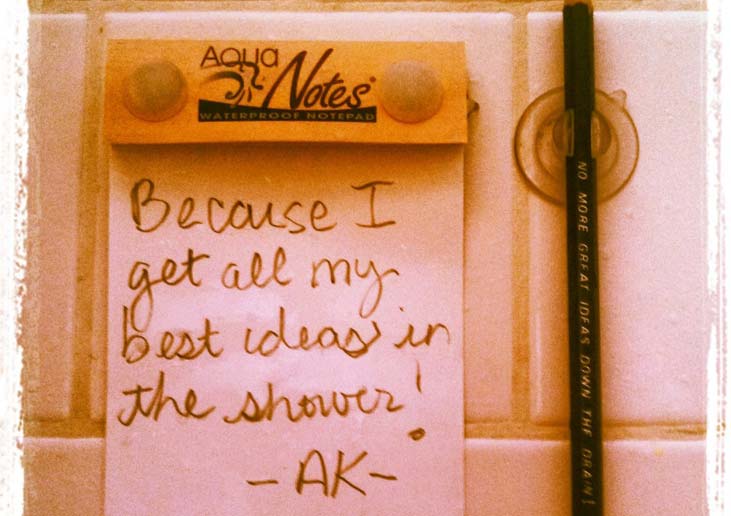 AquaNotes, the waterproof notes you can have in your bathroom, and take notes while you are having bath, seriously? I mean sure great ideas do come up in mind while taking shower, but who needs this in their bathroom. 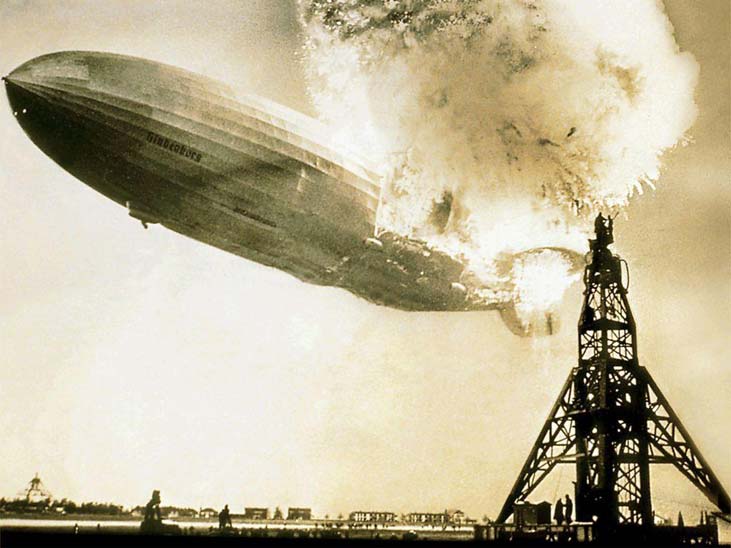 Blimps, the floating airships commonly use Helium in them; however in 1931, when Hindenburg (An Airship famous for its disaster) was designed, its makers decided to go for Hydrogen in place of helium to make it float. However, on its flight, the hydrogen being more volatile disastrously caught fire and Hindenburg blasted off resulting in crash and 35 casualties out of 97 people on the board. 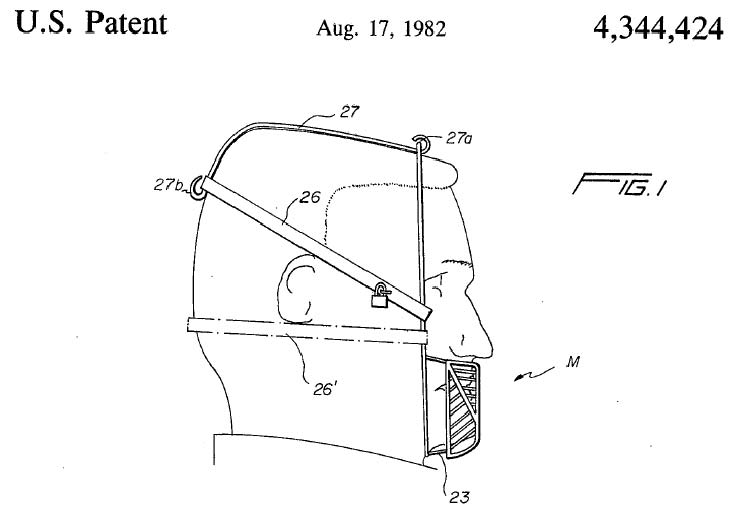 For the people on strict diet and relatively very less will power, this mask covers your mouth and doesn’t allow you to eat, it wears with strips going over your head all the way to the back of your head, that would more or less make you look like Bane from The Dark Knight Rises (Seems like he too is on strict diet). 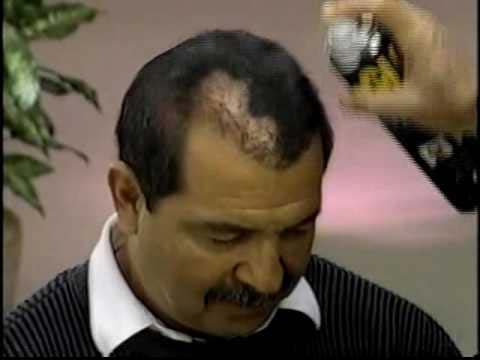 As seen on TV in late night infomercials compelling you to buy one, Hair growing sprays hide partial baldness by spraying sort of powder which only looks a little better, if you had sprayed ordinary color instead. 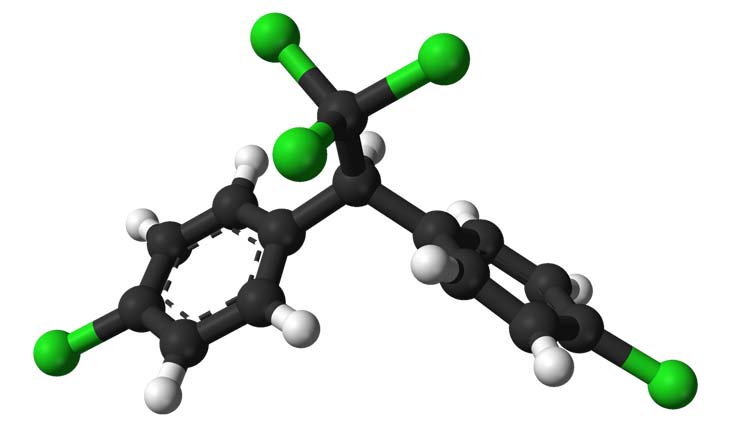 DDT (dichloro-diphenyl-trichloroethane) is an insecticide discovered in 1873 and used widely after the Second World War. It was very effective against disease borne insects like malaria spreading mosquitoes; however upon research it was found that it had adverse effects on living beings. It caused neurological and fertility problems in human beings and also affected wildlife and birds. Thus its use was banned or at least decreased. 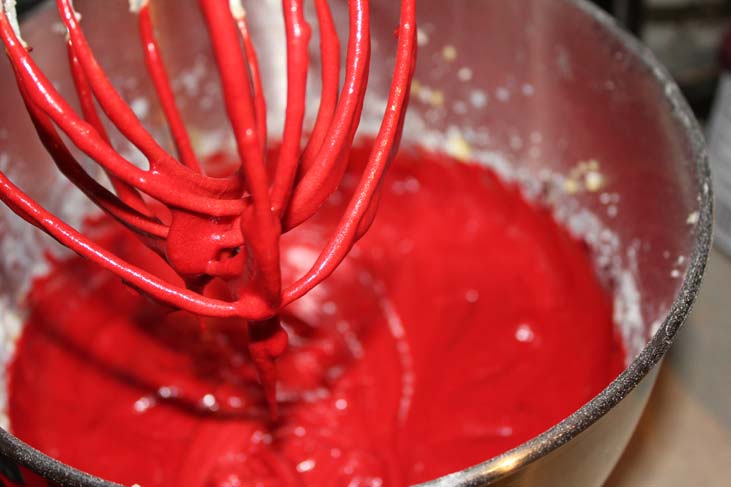 Red Dye No 2 was a food color widely used in 1970s, until Russian scientists discovered that it had link with cancer thus it was banned in, however, no individual was affected but it caused a lot of panic which resulted in ban of M&Ms chocolate for decade. 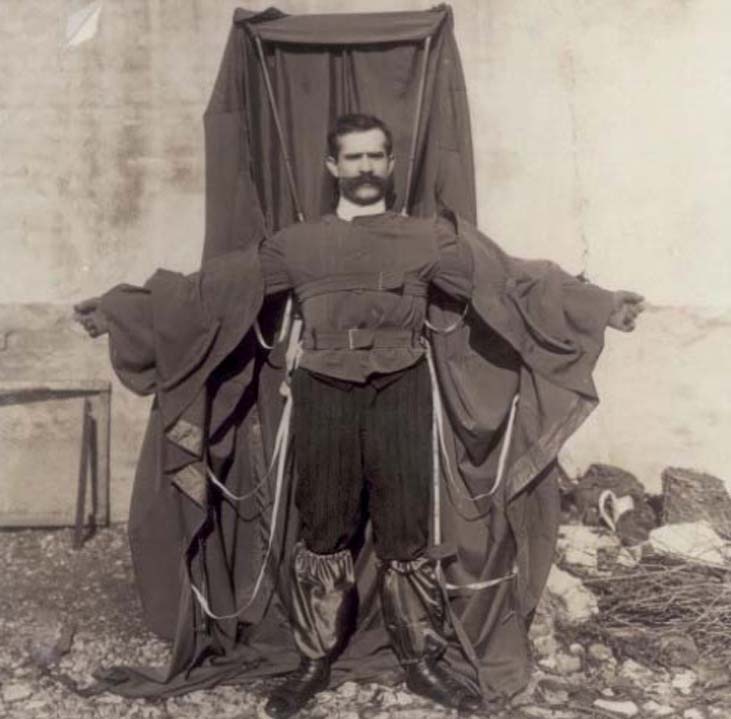 Not that ordinary Parachute Material jacket you might be thinking of. This was an actual jacket designed to act as parachute. It was invented by French Tailor Frantz Reichelt, who was sometimes referred as flying tailor as he was pioneer of parachuting. He was so confident about his new invention that he decided to jump off the Eifel Tower, unfortunately the fancy piece didn’t work leading to the death of the inventor. 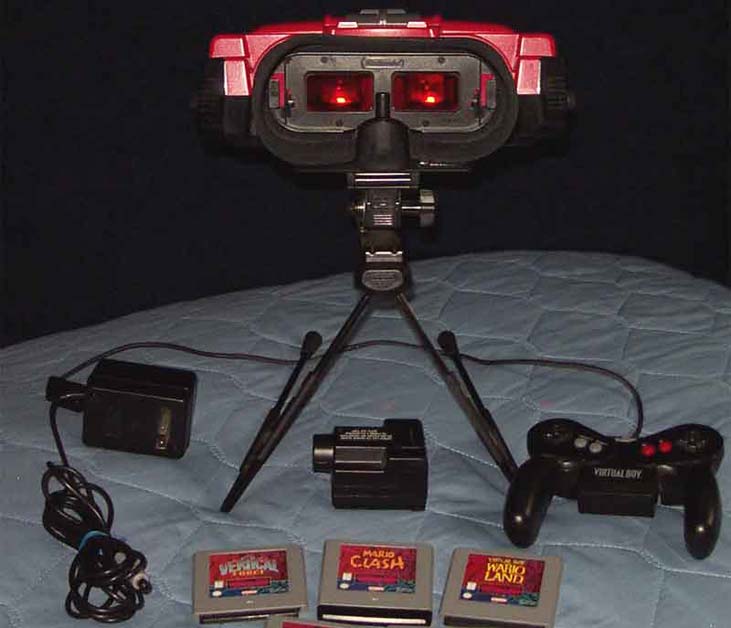 The Nintendo Virtual Boy is one of the shortest lived gaming consoles ever. It was released in 1995 and remained available only for 6 months. It consisted of a bulky head mounted display which promised 3D gaming, which was particularly achieved my red cyan 3D glasses which had adverse effect on viewer’s vision, moreover it was discontinued for its poor game library and failing attempt to display 3D graphics when the world was not just ready for it. 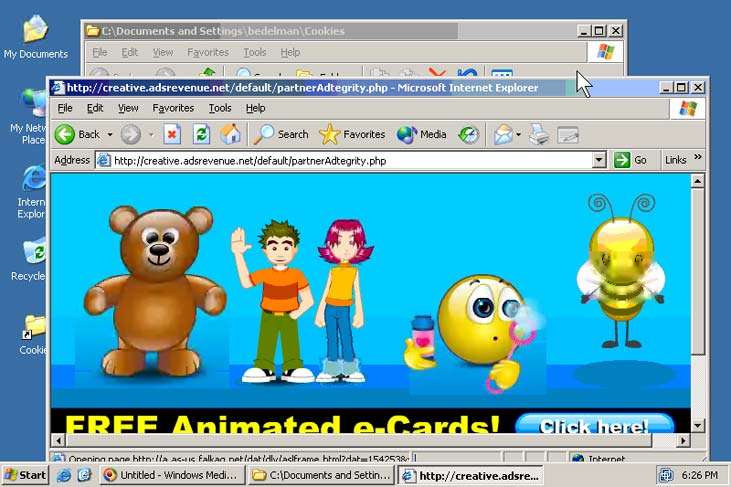 Ads are annoying and simply unavoidable in the online world and pop up ads is the worst annoying form, even though there are plenty of pop up blockers, yet they somehow manage to appear in different browser windows, eating up your internet bandwidth to load up. 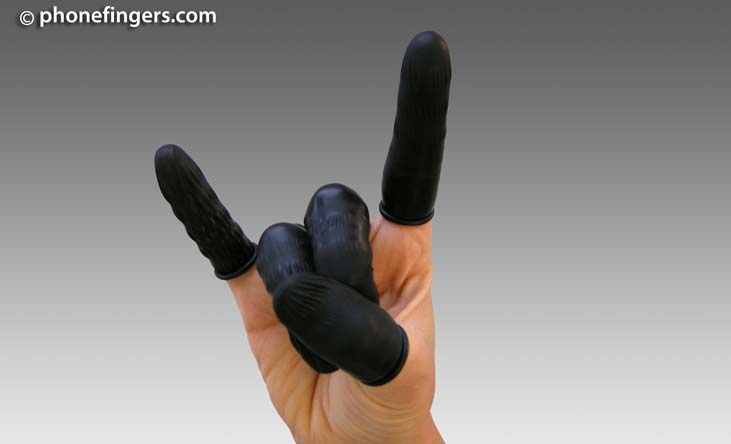 Seriously? I mean yeah smartphones are fingerprint magnet, but who needs these latex made finger covers to protect their screens and make their hands look awful. I wonder they would even work with capacitive touch screens, which rely on touch of actual human fingers. 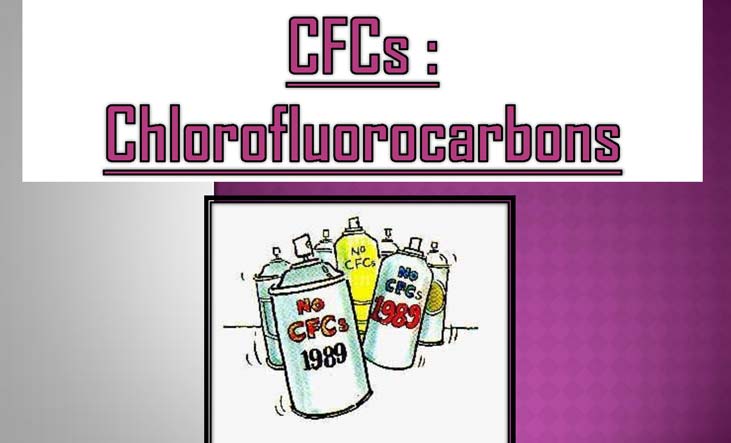 CFC (Chlorofluorocarbon) is the chemical compound which adversely affects the earth’s atmosphere. It is used in refrigerators as refrigerating compound, which is commonly known as Freon gas (yes, that’s what you’ve already heard of). This compound damages the earth’s ozone layer which filters the cancer causing UV rays coming from the sun. Tons of this compound have been manufactured whose effect will go on for centuries. 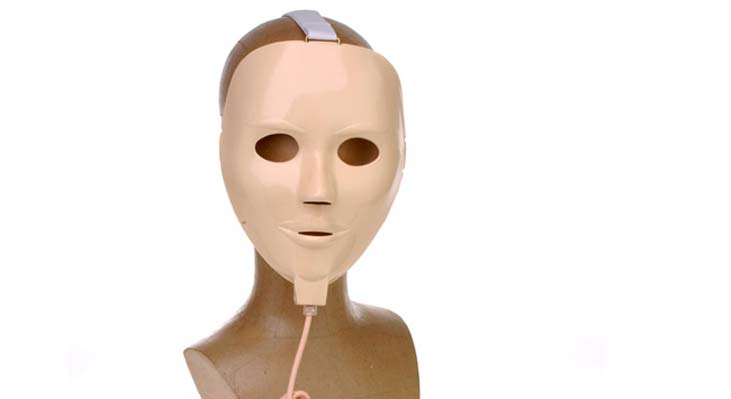 Oh God! Will this even work? The electric facial masks claim that it will make massage your face like you get while getting facial and will make you look better, fresher and younger. I think getting a manual massage would be a better idea instead of putting this horrific looking mask on your face, which murderers wear in movies.

Asbestos is a mineral fiber which can be used for construction and is known for its resistance to heat, however, when it comes to reconstruction, asbestos can be a panic, it has harmful effects on human beings, particularly when it is inhaled, it can cause shortness of breathing, chest pain, clubbing of fingers, abnormalities in nails, etc. thus it’s wide use was banned in 1989 and since then it is only used in very few processes where it is absolutely necessary. 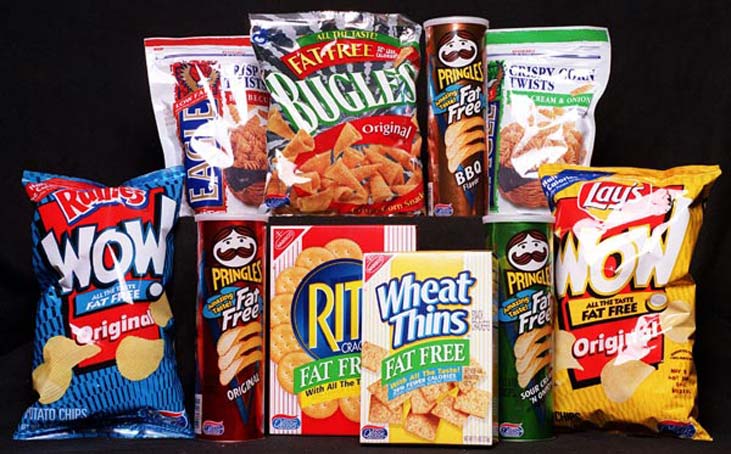 Olestra, advertised as fat substitute which contains no cholesterol, no calories and no fat, the use of which began in 1996 after getting approval from FDA. It was used in ready to eat food products like potato chips in place of oils. It tasted and felt like fat in the mouth; however it has its own side effects, most importantly, it prevented absorption of certain vitamins and minerals and went undigested through the intestine, causing digestive problems. 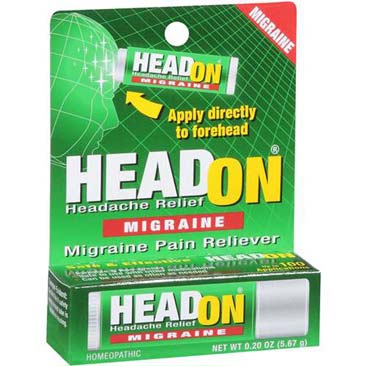 A piece that looks more like chip stick for head, claimed that it could cure headache without any pill and by directly applying that substance in the stick on the head. Well, it was not supported by any scientific proof and doctors didn’t recommend it either. Thus the fact remains, that its ad was more successful than the product itself. 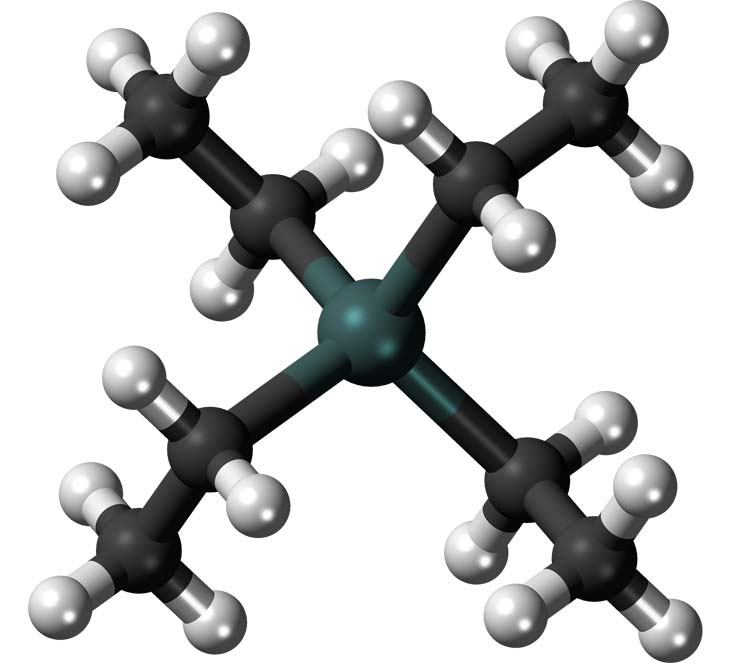 Today we read on petrol pumps “ Premium Unleaded” that actually means that there is no lead content in the gasoline we fill in our cars, but, there was a time when lead was mixed in gasoline so that the octane number could be increased and was used as knock inhibitor in gasoline engines. Lead had negative effects on atmosphere and human beings; particularly it caused Neurotoxicity in human beings. It also damaged the catalytic converters in cars, yet the fact remain that it was used for six decades, before being discontinued. 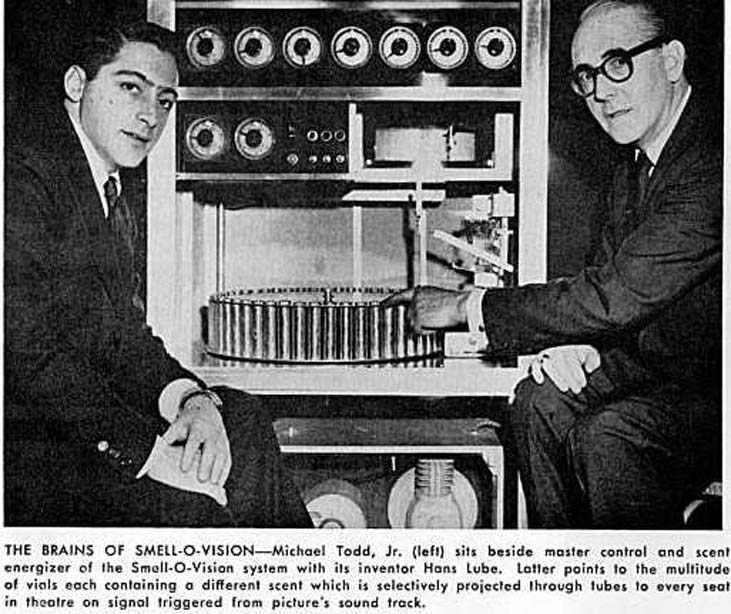 Smell-o-vision was machine that would release odor of what you see in the movie. Because people love to smell movies, right, right? Well, in 1960 someone called Hans Laube actually applied this technique, and the movie which made use of this was itself named “Scent of Mystery”, what an irony. The verdict? As you might expect, it was never used again. 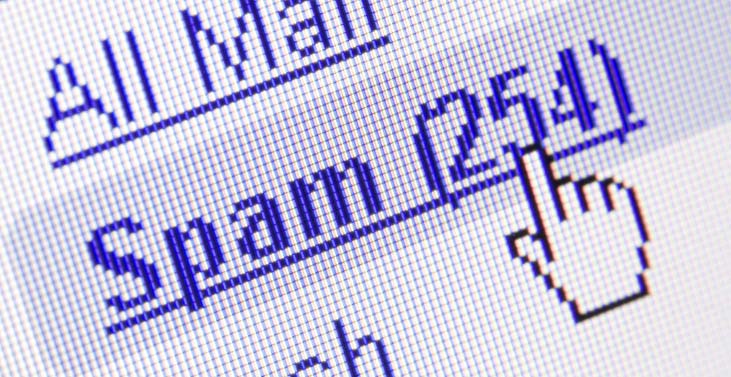 Spam Emails, our junk folder is full of them. These mails are sent to either infect your computer with a malware or a virus or acquire your confidential data, like usernames, passwords or credit card details. Link contained in the mail would either lead you to download malware on your computer or redirect you to phishing sites, although these mails may seem legitimate, but they are not. Just ignore any offer that seems strange to you, like most of them are. 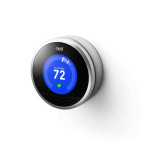