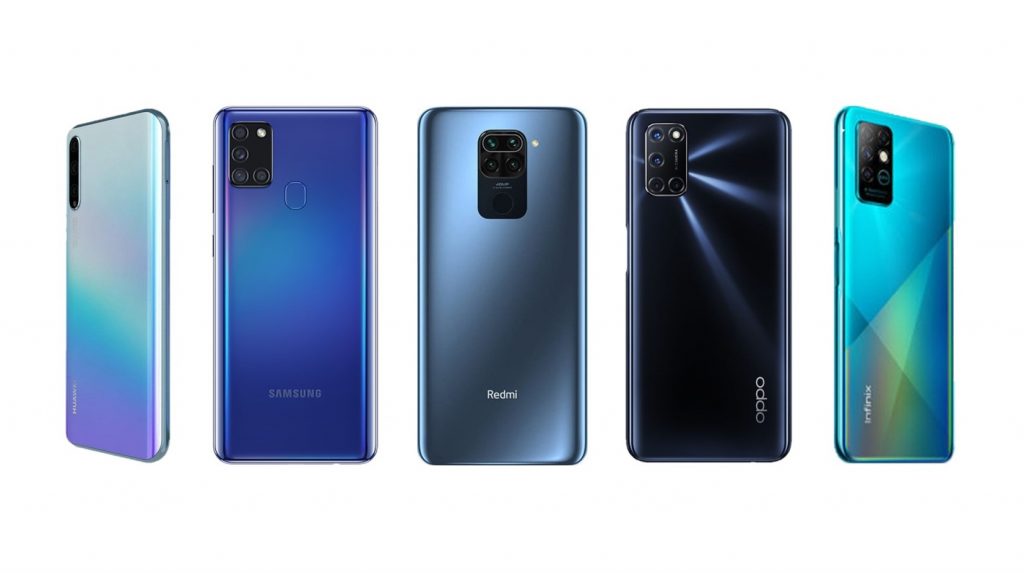 Budget smartphones are undoubtedly the most sold mobile devices in Pakistan. Most people aren’t looking to spend 100,000+ rupees on phones; they would rather get one with a lower price point and with these budget phones matching the specs of the higher end ones, it could be argued that there is no need to spend absurd amounts of money on them. If you are looking to buy a phone at the start of 2021 and your range lies below Rs. 35K, then look no further! We have compiled a list of five of the latest smartphones that you can get for below PKR 35,000.

Disclaimer: prices found on various sites and in stores may vary slightly from the prices mentioned here. 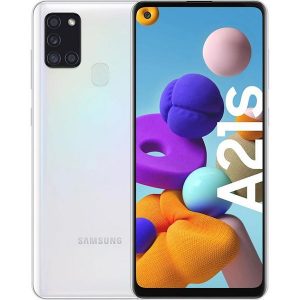 First up is a classic Samsung. The A-series has been known to have stylish and sleek devices and 2020’s A21s does not disappoint. The Galaxy A21s was released late last year and comes in three different colours (Black, Blue, and White). It has 4 GBs of memory, and comes in 32 or 64 GB’s of internal storage capacity.

The phone has a 6.5” PLS TFT display and a 5,000 mAh, non-removable Li-Po battery. The octa-core processor helps the A21s run smoothly and efficiently, without any glitches. There is a four-camera setup at the back with the main camera having a resolution of 48 megapixels; the supporting cameras include an ultra wide lens, a macro lens, and depth of field lens. The fingerprint scanner sits at an ergonomically reachable position at the back of the phone. The screen is hole-punched to accommodate for the front camera; the hole punch is also a change from the teardrop display on the phone’s predecessor, the A20s.

The phone can be purchased on Samsung’s website, or on Daraz. 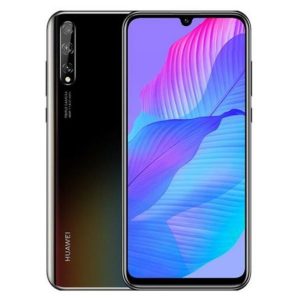 Next, we have the Huawei Y8p which came out in the summer of 2020. The phone has a 6.3” OLED display, with 1080p resolution. It comes in two colours, the Breathing Crystal and the Midnight Black. The 3D curved edges give the device an elegant and sleek look.

The phone has 128 GB’s of internal storage and 6 GB’s RAM. Although the chin on the phone might seem a little on the taller side, the screen to body ratio of the device sits at a high 90.17%. The screen also houses an In-Display fingerprint scanner for fast and secure access.

The Y8p has an AI Triple Camera setup at the back which consists of a 48-MP ultra-clear main lens, an 8 MP ultra-wide angle, and a 2 MP depth lens. All three of them. According to Huawei, work with AI technology to deliver clear and crisp images. There is also a Super Night mode for clearer images at night.

The battery of this phone has a capacity of 4,000 mAh.

One major difference in this phone is that even though it runs on Android 10, there are no Google Play Services available on it. Instead, it has Huawei’s very own AppGallery.

Huawei’s Y8p can be purchased online in Pakistan here. 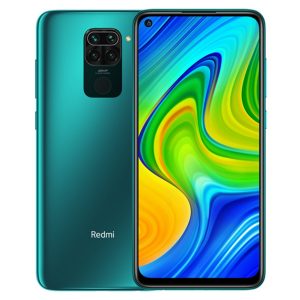 Released early last year, The Redmi Note 9 comes in 3 different colours: Forest Green, Midnight Gray, and Polar White. All three of the colours are reflective, much like most other Xiaomi phones.

The phone has a 5,020 mAh battery with 18w fast charging which, Xiaomi claims, can be used to give you 16 hours of gaming (with certain games).

The main selling point on this phone seems to be its camera system. Xiaomi calls it the 48 MP Quad Camera Hotshot because the phone has a 4-camera setup, with the main camera having a resolution of 48 megapixels. The supporting lenses include a wide-angle lens, a macro lens, and a depth of field lens. The macro lens helps with capturing clear photos at close distances.
The 12 MP front camera is AI powered and supports portrait mode and short film shooting.

Coming back to the display, the phone has an FHD+ DotDisplay, complete with Corning Gorilla Glass and a notch-free experience.

You can buy the Redmi Note 9 from Daraz here. 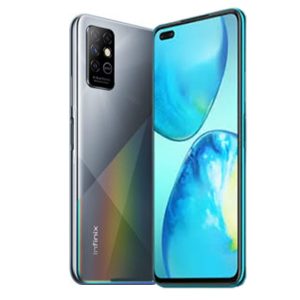 The Infinix Note 8, released in the November of 2020, is the successor to the largely popular, Infinix Note 7. The phone was released alongside the Note 8i, a lower-specs version of the Note 8 (priced at Rs. 24,999).

The device, however, has been marketed for its speed. The Note runs on the Helio G80 processor, which promises to deliver high speeds and a smooth experience, especially when it comes to gaming. The GPU Image rendering frequency of the G80 is 14 percent better than its predecessor, the G70 in the Note 7. The device has also improved by 35 percent on the AnTuTu benchmark score of the Note 7.

The phone has a Dual Infinity-O display which basically means that it has a dual front camera setup in a hole-punched display. The large 5,200 mAh battery with 18W Super Charge promises high playback times and efficient and fast charging.

The unique thing about the Infinix Note 8 is that it has a side mounted fingerprint scanner which promises an under-250-millisecond response.

Read more about the Infinix Note 8 on their website.

This phone is not available for purchase online in Pakistan just yet. We will update this page as soon it goes live. 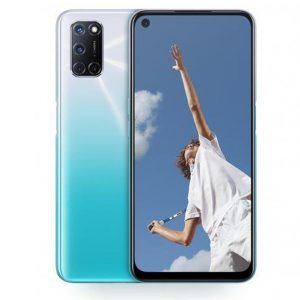 Lastly, the highest priced phone in this list is the Oppo A52. Priced just shy of the 35k mark, the Oppo A52 has a 6.5“ LTPS IPS LCD screen with 1080 x 2400 pixels neo display panel. The screen-to-body ratio stands at 90.5 percent. The phone has a notable eye care mode which significantly reduces blue light to prevent your eyes from straining.

The A52 comes in two colours: Twilight Black, and Stream White. Oppo have adopted a 3D Quad-curved design for the device which gives it an irresistibly smooth feel. There is also a fingerprint scanner on the side.

The AI-powered four camera setup includes a 12 megapixel main camera, an ultra-wide angle lens, and two unique portrait style lenses.
The Oppo A52 has an internal memory of 4 GBs and storage of 128 GBs. The device is powered by Qualcomm’s Snapdragon 665 and houses a large 5,000 mAh battery with 18W Fast Charge. 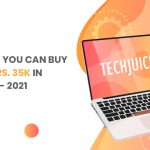