A British girl has scored a higher IQ than Einstein & Hawking 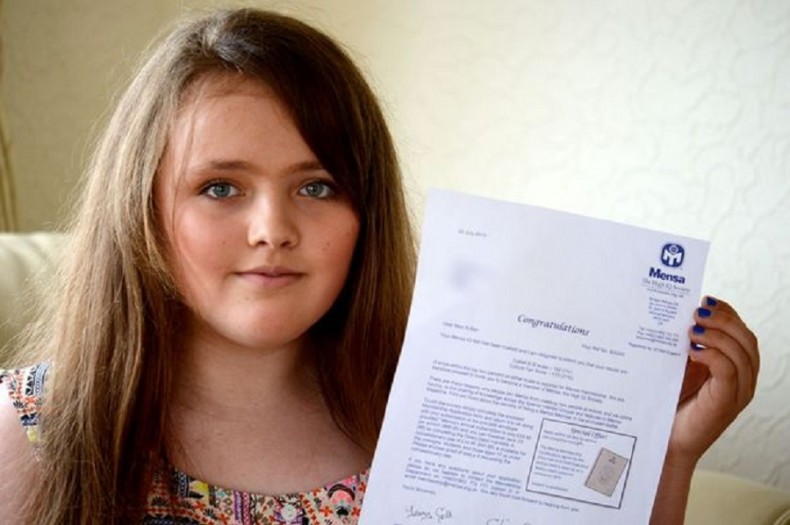 A 12-year-old girl from England is being hailed a genius after she scored a cool 162 on her Mensa IQ Test. This puts her 2 points ahead of Bill Gates, Stephen Hawking and Albert Einstein.

Nicole Barr is your normal schoolgirl from a humble background – she lives with her parents and one sibling in a caravan in Essex. She was a bright child from the beginning, pointing out mistakes in magazines and newspapers, asking for more homework and never missing a day at school. Her father took her for the IQ test with a hunch that she would be accepted to Mensa because she has always had a knack for working out complex puzzles. They only went to take the test for the fun and it was later that they learnt what Nicole’s exceptionally high score means.

Her 162 score puts her in the top 1% of the population. According to a Mensa official, only children can score higher than 161 because that is the maximum adults can score. While the score of 162 isn’t unknown, it is very rare. Back in 2013, another British girl Neha Ramu also achieved the high score of 162. While these kids have achieved such high IQ scores, doesn’t necessarily mean that they are all round smarter than Hawking or Einstein.