A twitter user develops a script to win 1000 competitions 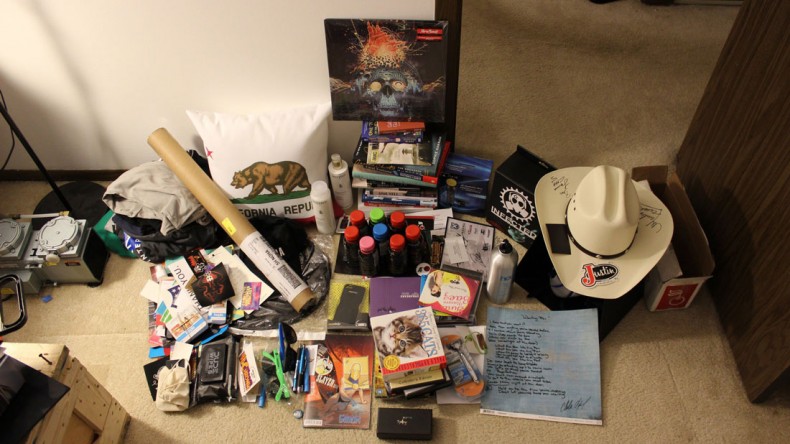 If you use twitter, you have most probably come across tweets regarding contests. They usually require users to re-tweet the contest tweets. There are all sorts of prizes ranging from graphics for avatars to collector items to ex. So have you ever wondered how many of these contests could you win? Twitter user, Hunter Scott (who is an electrical engineer by profession) had the same question, so he decided to make his computer do the hard work and wrote a code for it.

He wrote a Pyhton script that would log in to Twitter (most probably with an account or perhaps accounts he made for this purpose) and search for such tweets. After finding such a tweet, the script made sure that the tweet was the original contest itself and not one re-tweeted by another user. It would also check if the contest required following the contest holders’s account. Then it would follow it and re-tweet. According to Scott, the most difficult part of the algorithm was preventing the bot from being detected and banned by Twitter, which has limits on the rate of tweeting/re-tweeting or rapidly following and unfollowing a large number of people. As these number are not published by twitter, he had to find these out by trial and error.
Furthermore, unless an account has more than a set number of followers, it cannot follow more than 2000 people at the same time. Since most contests require being followed by the contestants, the algorithm followed the 2000 most recent contest entries it had found. This ensured that the accounts that were unfollowed were the ones whose contests had ended.

The script ran for about 9 months and entered approximately 165,000 contests, winning 1000. While the success rate is pretty low (0.6%), the sheer number of competitions entered gave such a large number of wins. A large fraction of the prizes won were graphics for DPs and avatars. Another major portion of the winnings were tickets to different events, especially concerts. Most of those were in places where he couldn’t go. The script also won a lot of in-game currency and beta codes for games FIFA and Destiny. There were also a few collector items.

The script also caught and tweets intended as jokes and unable to tell them apart, re-tweeted them like all the others. They included tweets like “RT this and win absolutely nothing” or this one that promised old plastic lids. 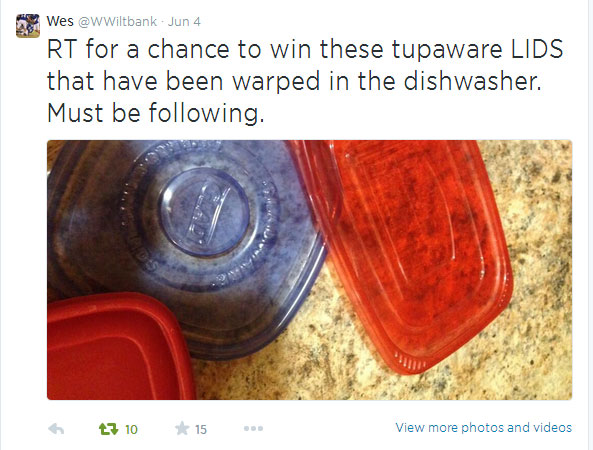 The entire story in Hunter Scott’s own words can be viewed at his site, here.