Nvidia continues at a rapid pace to acquire the most advanced tools in Artificial Intelligence. The California based company, globally renowned for making graphics processing units has recently developed an AI capable of creating images and videos of people and objects out of nothing. Nvidia has added a handful of new features in its new AI program which enables it to apply certain graphical changes in videos like altering the weather and changing color tones.

Nvidia’s AI researchers have developed an automated learning method for computers which enables them to make changes in video content. These methods help the computer to make surprising videos which look quite similar to the original content.

AI tools previously required more data to in order to process comparison between the content. It was quite difficult to train machines to find their own patterns, based on automated learning. While the new algorithms are quite efficient, especially in applying weather effects. Mapping of sunny days to rainy ones and creating the equivalent of a “snow plow” filter for videos, is one of the many tasks Nvidia’s AI program can now do. The color effects used by AI makes the video appealing and real.

Some researchers also believe that the threat from the AI-based robots is not only about stealing our jobs but also creating an illusion of what is real and what is fake.

The biggest casualty to AI won’t be jobs, but the final and complete eradication of trust in anything you see or hear. https://t.co/sg9o4v2Q3f pic.twitter.com/nkj007LtEF

Nvidia has also been working on new methods of training AI to generate novel faces using real photos. Jensen Huang, CEO of the company is very positive about the autonomous tech in near future, as he recently claimed that self-driving cars will be moving on streets within 3 years. 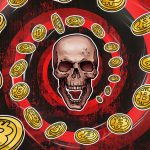 These 2 incidents can bring the value of Bitcoin back to 1000 dollars, expert