All the employees of Careem had stock options and their company shares will be bought as part of the Uber acquisition deal worth $3.1 billion. This transaction will be completed by the first quarter of 2020 and will be divided into $1.4 billion to be paid in cash and $1.7 billion in convertible notes into Uber stock. Both ride-hailing companies will operate their respective regional services and independent brands. Both companies’ apps will also continue to operate under separate brands.

The 4000 Careem employees who had stock options included its pool of executives, developers, and engineers working across all locations of the ride-hailing companies for operations and R&D. The acquisition of the entire company means that these shares will be acquired by Uber as well creating millionaires.

Some of the Careem executives other than Mudassir Sheikha, Magnus Olsson, and Abdulla Elyas whose net worth will skyrocket after this transaction are likely to include:

The employees who will create wealth are not only the executives and operational team who have been associated with the company since its early days but also those who left after serving for a time period and earned company stock. Startup founders whose companies were acquired by Careem will also gain considerable wealth with this acquisition. However, Careem captains are not part of the transaction. 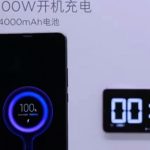