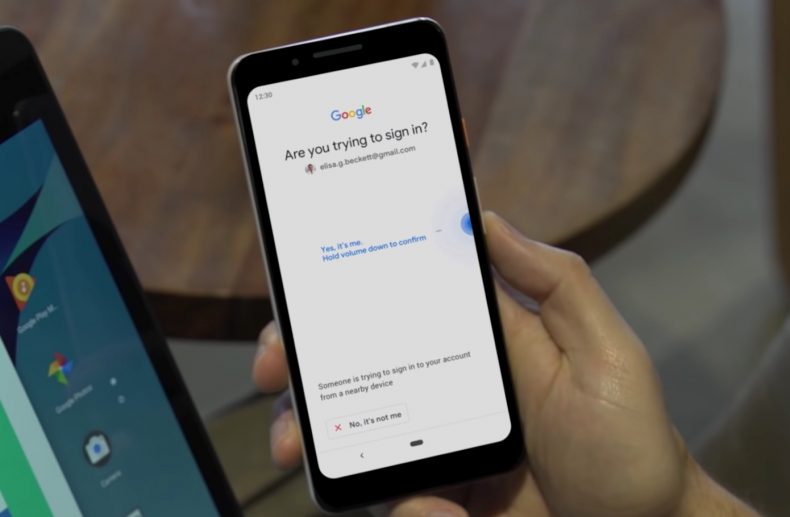 Google now allows iOS to use Android smartphones as a physical sign-in authentication for iPhones and iPads.

Google is continually working on expanding the scope of two-factor authentication on its smartphones. Now the Android (and iOS) users will be able to use their Android smartphones to authenticate sign-ins on their iOS devices. This feature previously worked only with Windows 10, ChromeOS and macOS. Google will use its Smart Lock App on the iOS device and connect with neighboring Android device via Bluetooth connection to authenticate the sign-in.

This feature requires that the users have the Android smartphone running Android 7.0 or above with Google Play Services and the iOS device running iOS 10.0 or above. The iOS device should have the Google Smart Lock app installed on it as the service doesn’t use Chrome because of difference in the architecture of iOS.

Google first made this option available for the Android users back in April this year and the users were able to verify their Google sign-ins on other devices using their unlocked smartphones. This service was aimed at enhancing the reliability of two-factor authentications as an internet connection was used for communication instead of text messages carrying verification codes.