This week, it is expected that Apple will announce more capabilities for its voice assistant feature Siri at the World Wide Developer’s Conference (WWDC).

According to experts familiar with the expected Siri features, Apple will not aim at delivering all features in store at once. Rather, it will go for a few features that it will then perfect over time with the aim of making them work without a hitch before introducing more features.

Although Apple has declined to comment on the rumors going around in the industry, many expect that a home speaker powered by Siri similar to the Amazon Echo will be on the list of items, which the company will be unveiling at the WWDC. At the moment, Alexa can handle up to 1200 tasks on its own.

However, Apple will not likely go for a similar number of tasks. It will, however, go for a few of them then make the experience as good as possible for the customer. It has always been Apple’s goal to focus on user experience rather than taking on many features at once.

On the other hand Apple rival, Amazon goes for as many features as possible even if their users find it difficult using them. The two firms may have different approaches to the field of virtual assistants, but their aim is to provide a better and easier way for customers to interact with their services.

Making Siri more powerful may not put it on par with the number of features Alexa has. But for the few features that will make their way to Siri, users can expect one of the best experiences with any voice assistant service. At this time, both Alexa and Siri can order for a Uber or Lyft but the user experience is different. With Siri, one only needs to say that they need a ride to their destination of choice then the service will do the rest. With Alexa, one has to be specific which ride-hailing service they want to use. 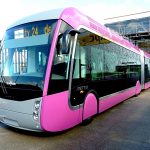