In recent news, the consumer protection agency Procon-SP has fined Apple nearly $1.92 million for removing the power adapter from the iPhone 12 and newer productions of the older models of the iPhone. The Brazilian state of Sao Paulo wasn’t thrilled in regards to this and the company, therefore, has violated the country’s Consumer Defense Code.

Though Procon-SP informed Apple about the violation last December, Apple responded by reiterating its environmental angle y highlighting the fact that this act reduces CO2 emissions and rare earth mining. This is primarily due to the fact that Apple was aware that customers, mostly Apple product consumers, already had spare charges. However, Procon-SP Executive Director Fernando Capez mentioned that Apple had to respect Brazilian law.

Although such a fine does not affect Apple financially on a large scale, Apple might not have much choice but to offer a concession if it wants to keep selling iPhones in Brazil. Other companies have bowed to pressure as well. Samsung struck a deal with Procon-SP to bundle a “gift” charger with Galaxy S21 pre-orders, for example. Brazil is one of the world’s larger phone markets, and companies that defy the country’s rules risk losing out on many sales if they’re not careful. This can be particularly be said the same for other regions especially those residing in Asia and Europe. 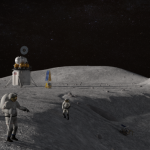