Apple Forced to Make iPhones With a USB Type-C Port Apple continues to face difficulties over new regulations that will force the company to manufacture iPhone models and other products with a USB-C port, in future.

“The European commission is working on legal measures that will require phone manufacturers to adopt USB-C ports as the standard. While the vast majority of modern mobile devices currently support USB-C, iPhone continues to feature its own Lighting connector. This is specifically baffling, given that most new models of iPads and MacBook are charged by USB-C” said Politico, political journalism newspaper company.

The EC for a long time has been working on legislation aimed at Apple’s lighting charging. Just today EC presented a new legislative proposal, in which it sees all manufacturers (Apple included) to adopt common charging standards by 2024.

These rules aren’t limited to mobile phones but to every gadget for example: Cameras, Tablets, Wireless headphones and handheld video game consoles. In addition to this it has also asked manufacturers to not provide any chargers with new phones in order to cut off e-waste.

Considering the fact that a lot of manufacturers use USB-C as noted above, it wouldn’t be a matter of stress for most but Apple. This proposal must win by majority votes in the European Parliament in terms of its applications. Once this proposal is passed, manufacturers will be given 24 months to comply.

“Are your chargers piling up in the drawer? We propose a common charger for mobile phones and other similar electronic devices. A single charger will be more convenient for people and will reduce electronic waste”, said the European Commission in its tweet.

Are your chargers piling up in a drawer?

We propose a common charger for mobile phones and other similar electronic devices.

A single charger will be more convenient for people and will reduce electronic waste.

“Chargers power all our most essential electronic devices, more and more chargers are sold that are not interchangeable or not necessary, we are putting an end to it. With our proposal European consumers will be able to use a single charger for all their portable electronics. An important step to increase convenience and reduce waste” said commissioner Thierry Breton in a press release.

European commission executive Vice president Margrethe Vestager told how this policy is public friendly and will reduce the burden on individuals to carry different chargers with them.

“European consumers were frustrated long enough about incompatible chargers piling up in their drawers. We gave the industry plenty of time to come up with their own solution, now time is ripe for legislative action for a common charger”, said executive vice president Margrethe Vestager while speaking about the charger policy.
What are your thoughts on the EU new charger policy? Drop your comments below! 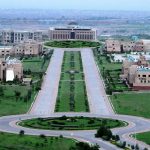