Apple is reportedly working on new features for iOS that are supposed to minimize your iPhone addiction.

Taking into view the health dangers posed by smartphones addiction, tech companies have now started introducing features to reduce your smartphone addiction. According to Bloomberg, Apple, is going to introduce a “Digital Health Initiative” next week at its Worldwide Developers Conference (WWDC) to curb your iPhone addiction. As per reported by Mark Gurman, a journalist of Bloomberg, “the Digital Health Initiative will include a series of tools to help users monitor how much time they spend on their devices and inside of certain applications.”

Typically, when Apple upgrades its operating system that powers its devices such as iPhone, iPad, Mac, Apple Tv and Apple Watch it focuses on to make people closer to its latest apps and games. But this year, the company is going to highlight a different policy: using gadgets less.

Tony Fadell, a former senior Apple executive, said in a recent interview: “We need to have tools and data to allow us to understand how we consume digital media. We need to get the finer-grain language and start to understand that an iPhone is just a refrigerator, it’s not the addiction.”

However, it is still not clear what specific features will the new Apple app exhibits. Whether it will just let you monitor how much time you spend using your iPhone or set app-specific limits for you. 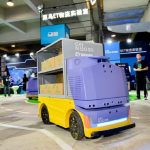