Finally! Apple just put a smile on the faces of its iPad owners by the implementation of a most favorable practice. The company aims to ship the newer iPad Air 2 device in the place of the older devices such as the 4th generation iPad.

If your device is broken and you’ve sent it over to Apple for replacement, you are in for luck as the newer device has so many goodies compared to the aged variant. For a start, the processor is way better than the 4th generation iPad. Also, the older device is available in memory tiers of 16 and 64 gigabytes while the iPad Air 2 has 32 and 128 gigabytes of storage space. You will likely have a better device by far.

Even the replacement device, the iPad Air 2, has been discontinued by Apple. This is no reason for worry as Apple is known to support its devices up to five years after they are first shipped. Since both devices were launched around 2014, they still have some life in them to make them worth a try.

If you own a 4th generation iPad that is covered by Apple Care and is broken, send it over to Apple. If it cannot be simply fixed and shipped back to you, you will be given a new device. Pray that your local store has run out of the 4th generation iPad for you will get a better iPad Air 2 for your needs. 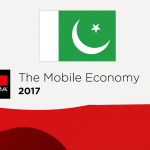 Pakistan will have 17 million new mobile subscribers by 2020, GSMA Report