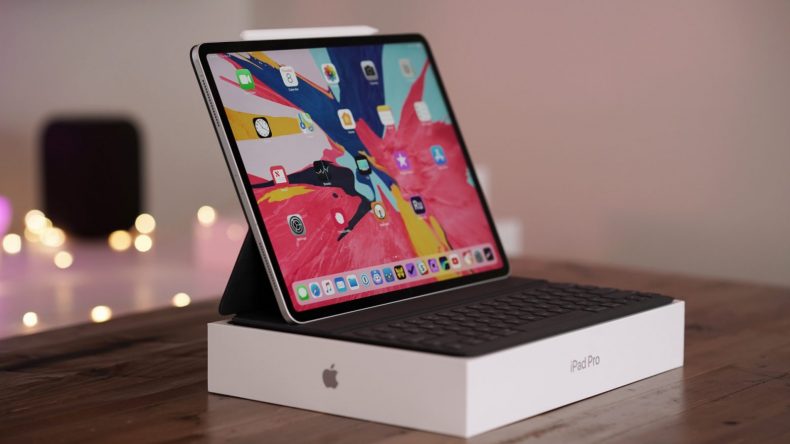 Apple is adamant to prove to the world why the iPad Pro is the best productivity gadget out there, as its latest series of ads proves. Comprising of five shorts running for almost a minute, the consumer electronics behemoth has positioned the iPad Pro not as a replacement for the PC, but as a new way of accomplishing various tasks.

The first ad is entitled “A new way to take notes”, and it showcased what users can achieve with the gadget’s Smart Keyboard Folio, Apple Pencil, and note-taking app Notability. This particular app not only allows one to write and save notes, but it also supports text conversion, camera and microphone integration, and a comprehensive drawing tool.

The second ad is entitled “A new way to create space”, and here the iPad Pro’s augmented reality technology is displayed. The Measure app is shown as being handy for taking 3D measurements around the house, while the sketching app Morpholio Trace allows one to touch up Measure photos with the Apple Pencil.

Finally, the AR-capable Houzz app is used to place furniture in that space and see what it looks like. The ad ends with a FaceID-processed purchase through the Houzz app.

The third ad is entitled “A new way to go paperless”, and here Apple shines a light on the iPad Pro’s document-scanning capability. Once a document is scanned in the Camera app, it can be signed and sent via Mail.

We get to experience “A new way to create presentations” in the fourth ad, where Apple highlights the performance of the KeyNote app. It allows a user to create high-quality presentations with text, drawings, photos, and videos. Split View is also displayed while graphics are being added to the presentation, while AirPlay is shown off as a way of displaying the slide on a larger screen.

Finally, Apple shows you how you can use the iPad Pro for the purpose of podcasting the last ad. Here, the spotlight falls on Anchor, the podcasting app that allows one to record and edit audio from a USB-C microphone.

As if to further drive their point home, each advert was filmed and edited using the iPad Pro.