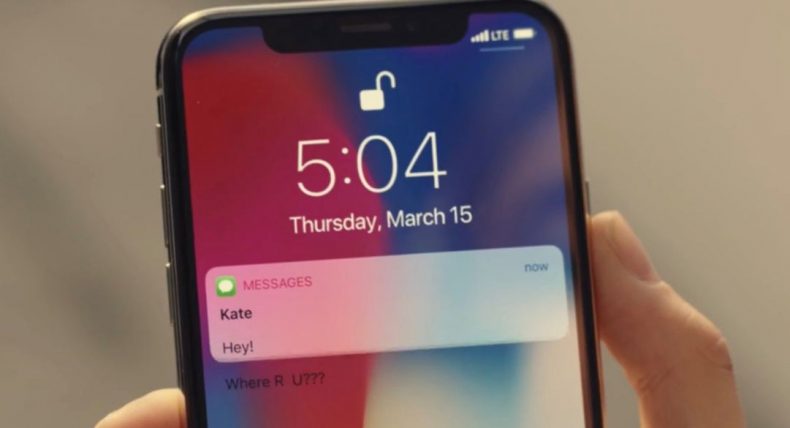 What can you do when even fate is against you?

Apple recently released a new commercial for promoting its tenth-anniversary smartphone iPhone X but it didn’t go as planned. The company which started its marketing journey by making very elaborative ads telling you all you need to know about the product has now moved towards making funny commercials by highlighting the big hit of the smartphone only.

The newly released ad of Apple’s iPhone X was focussed on the idea of highlighting iPhone X’s Face ID, which is dubbed as the most secure biometric feature and works by using a 3D depth sensing camera. The idea of unlocking everything from cupboards to cars with just a look has been highlighted in this hilarious ad. But unfortunately, the marketing team of Apple wasn’t able to judge that they have displayed an iOS 11 bug right before ending of the ad.

See Also: Apple is secretly making its own MicroLED screens

As you may see in the video below, the bug is right at the end of the commercial, where the text from an iMessage escapes the animated bubble, where it was supposed to stay inside. When you look closely, the words “Where R U???” can be seen on the screen as the bubble drops down to contain those words. It’s a minor issue and easy to brush off, but sadly it has been captured in such a high profile ad and it reveals the fact that bugs in iOS 11 are quite common to see these days.

Apple’s iOS devices have been facing a lot of issues since they got updated to iOS 11. From those calculator bugs to those cold weather input problems, iOS 11 has been a hell of a mess. However, the Cupertino giant is working to resolve all such problems in future as iOS 12 will come with an improved operating system instead of addition of new features.