In a year that will be remembered as a nightmare for many tech firms, Apple has so far managed to weather the storm with record third-quarter results. However, lower-than-expected iPhone sales hint that there may be holes in the ship that need to be patched. 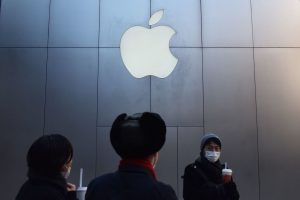 While all of that sounds terrific, there are some potentially concerning indicators around the iPhone, Apple’s major cash cow. The company’s iPhone sales climbed by 9.7% this quarter to $42.6 billion. According to The Wall Street Journal, this is significantly less than the $43 billion analysts predicted. These results came only one month after a Bloomberg report indicated Apple was abandoning prior plans to raise manufacturing of its new iPhone 14 models owing to weak demand.

At the same time, Apple announced record quarters in a variety of other areas, including record results for its Mac computers. Apple refused to disclose sales estimates or expectations for the whole year but did say revenue growth will go up in the coming quarter.

CEO Tim Cook expressed confidence in the company’s total profitability, which broke records despite “a range of issues facing the world,” including the Ukraine war, chronic pandemic disruptions, a shaky economy, and climate change. Cook went on to claim that silicon supply limitations, which have afflicted many tech businesses in recent years, were “not severe.”

That financial storm cloud began to form when Snap recently reported its lowest year-over-year revenue increase in 11 years, mostly due to a slow digital advertising market. This week, Alphabet, which is controlled by Google, posted its second-lowest quarter of growth since 2013. Worse, the company’s sales growth slowed to 6%, down from 41% the previous year. Google, like Snap, blamed much of its problems on decreased digital ad expenditure.

Possibly Meta’s worst folly of all, with revenues declining for the second quarter in a row, a failure that, until recently, would have been unheard of for Silicon Valley’s once unrivaled growth machine. Revenues of $27.7 billion were down 4% from the same period the previous year. According to The Wall Street Journal, the company’s shares plummeted as a result of its dismal performance, leaving it with a market worth of less than $300 billion for the first time since early 2016. CEO Mark Zuckerberg warned of substantially worse results in the months ahead on their earnings call, citing “major adjustments across the board to run more effectively.”

Meta’s performance was so bad that television analyst and professional screamer Jim Cramer had to fight back tears on live television in order to encourage people to buy Meta’s shares. Cramer confessed repeatedly that he put too much trust in Meta’s management team. “I messed up,” Cramer said. 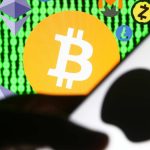