5 lessons on content virality from founder of Bitchy Urdu Cards 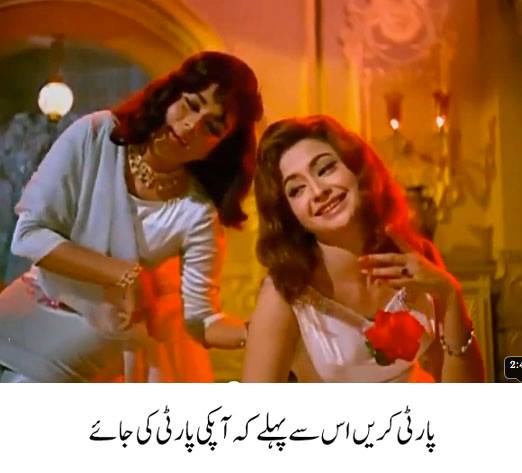 I am the guy behind Bitchy Urdu Cards. And Birbal. And Typewriter. And was one of the KarachiTips kids back in the day. My combined social reach (what does that even mean? Ugh jargon) at one point was over a 100k impressions on every piece of content I was sharing (#humblebrag). These days, I’m busy working for an ed-tech startup so things are kind of on the down-low these days, but the creative process continues. Which is why, I thought I should share how I’ve managed to consistently create content that goes viral without ever really spending any money on Facebook advertising so here we are.

Disclaimer: I don’t know anything for sure in the world of digital marketing. I’ve never worked at an agency and have not been professionally trained in any of this. I’m just keen on learning and tinkering with tools, I’m proud of that. This is just a starting point and in no way means will be relevant forever. Just some thoughts. Humor me.

Unlike God, the internet does not work in mysterious ways. As much as I hate the term “social media guru” or “social media expert”, I’m not afraid to admit that over time I’ve realized that there’s a science to content going viral and you can pretty much make almost anything stick if you do the work. It takes long hours, some brains and a whole lot of A/B testing to figure out your “it” but once you do, you can juice it as much as you want.

Bitchy Urdu Cards came up while we were sitting at a janky café in Sindhi Muslim over terrible food and uncomfortable lighting. One of my favorite idea people joked about making tiny cards for people who park terribly, or print version of the hilarious “aap hamain bilkul pasand nahi aaye” off some radio show and it hit the right note in my left brain. People liked it and I feed on likes/retweets/reblogs so I went ahead and made some more and the cycle continues. What are some underlying principles that I always end up using in my work?

1. Consuming What’s Out There

I strongly believe there’s nothing new under the sun. At least not anymore. All great ideas are already out there. Someone has thought about your app, someone already has that one service you want to create or that one platform. To come up with great ideas, you have to expose yourself to great ideas first. Read, read, read. Look, look, look. Watch, watch, watch. Listen, listen, listen. Use pinterest, tumblr, Instagram, whateverrocksyourboat to the best of your advantage. Figure out your favorite platform and make a habit out of consuming content.

Collect it, too. Primarily because you want the ability to go back to it. But also, engaging with a piece of information helps you remember it better. Brain works weirdly. Read about it. Your creative output would essentially be affected by your consumption so be careful about what you put inside your head. Garbage in, garbage out.

BUC: I can say I knew hip Urdu content would work because Tumblr loved every single post I had created with Urdu as a focus. We also did #RecycledPoetry on Instagram way before that which picked a little bit of pace, too. I also knew people LOVE bluntcards and they frequently popped up on my newsfeed / dashboard.

2. Always be on a lookout to remix

So, if it isn’t about originality anymore, what’s it about? It’s about adding your own element and executing it.

Remixing is also an underlying theme in all of my work. I look at two or three or nine-hundred different things and twist, turn, mash and combine them until I see a little bit of me. That little bit of “me” is my creative soul. Read Steal Like an Artist, or watch this Ted Talk. It would make sense to you, too. Next time you hear about a brilliant or not-so-brilliant idea, think about adding your own element to it and see what you come up with.

Also: execution. I think in our weird, crazy world, ideas are sexy and execution isn’t. (read: ideas are easy, execution isn’t!)That’s why everyone wants to talk about ideas and discuss them and make a big deal out of them, but nobody wants to do the work.

BUC: Idea came as part of a conversation with friends. We remixed the formality of Urdu with the bitchiness of bluntcards. The juxtaposition of an angraiz woman with Urdu text made it funny. I went ahead and created some samples and put them on my personal Facebook and Instagram. They blew up a little bit and next logical step was a Facebook page. A Tumblr followed pretty soon (because that was my audience) and everything else happened soon after that.

To make anything stick and go viral, you have to consider trends, the way people behave online and where the attention of the masses is. Don’t be too good for marketing. Post at the right time and day, and make it relatable and shareable for a large number of people. Be public and out there and approachable, too. Use call to actions. Use local trends to your benefits but don’t go try too hard to buzzwedge. Read up on what makes people click, including puns. (See what I did there?) Focus on building community and conversation. All of that helps.

BUC: The first few posts were made on my personal Facebook at night time and during afternoons on Instagram. That helped. The content was relatable and shareable both (people started tagging their friends almost instantly) and the reach increased tenfold in a short amount of time. Some of the content sparked a lot of emotion (which is always fun to play with! #evilmarketingguy). I jumped on some trends- one fan contributed towards the ice bucket challenge, and eid, of course. This particular one was also very well received because it told a story.

The content has to be great to begin with, but you’re just shouting in the void if nobody discovers you. And how do people discover you? Influencers. People with large following, experts in your kind of content like bloggers or twitter-walay, other places online who have a lot of audience already – they will always help. If you’re trying to make something stick, this is extremely important.

BUC: I used my own personal accounts to shell out the content. Lucky for me, I also happen to know a few local social media celebrities (#humblebrag again) who push the content for me. I hope people do that because they like the content, not because they like me. The connections help the initial impact and then soon enough publishing platforms pick it up. Someone submitted a link on Reddit, TechJuice wrote about and so did BrandSynario. Scroll India picked it up, too. Someone mentioned me over Medium while talking about Nastaleeq typefaces on iOS8. All of that adds up, of course. For other, fancier people, Jezebel, Gawker and Buzzfeed (oh, lord) does the trick.

Because viral content is quintessentially short-lived, the idea is to keep at it. Continue to produce, create and test out different strategies. Figure out what works for your audience (after you figure out what your audience is!) and then keep trying. Some things will work better than others- discover those and try and make sense of why they worked (or didn’t). This is the way I’ve learned and it worked out pretty well for me. It all depends on your goals, though. I’m still learning, just that my ways have become slightly different. As time progresses, so do my ways of experimentation, including platforms. (Sidenote: explore what Gary Vaynerchuck, Aaron Kai and Bobby Hundreds are doing on Snapchat for marketing. It will blow your mind.)

BUC: This is where I kind of dwindled off and didn’t do that well. This is just how I am as a person, that I can’t commit to a project for a long time without losing interest or changing things. That should tell you about my creative process, too. My focus stays on producing and changing things, and not on one idea or product. In my opinion, you should stay consistent with production, but continue to evolve, even if that means changing your idea/product altogether.

Abdullah Syed is a person who does things. He’s sometimes creative but never an artist. Find out what he’s reading about, thinking or making at abdullasyed.com or follow him on Twitter @abdullasyed. Profile 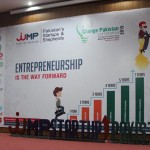