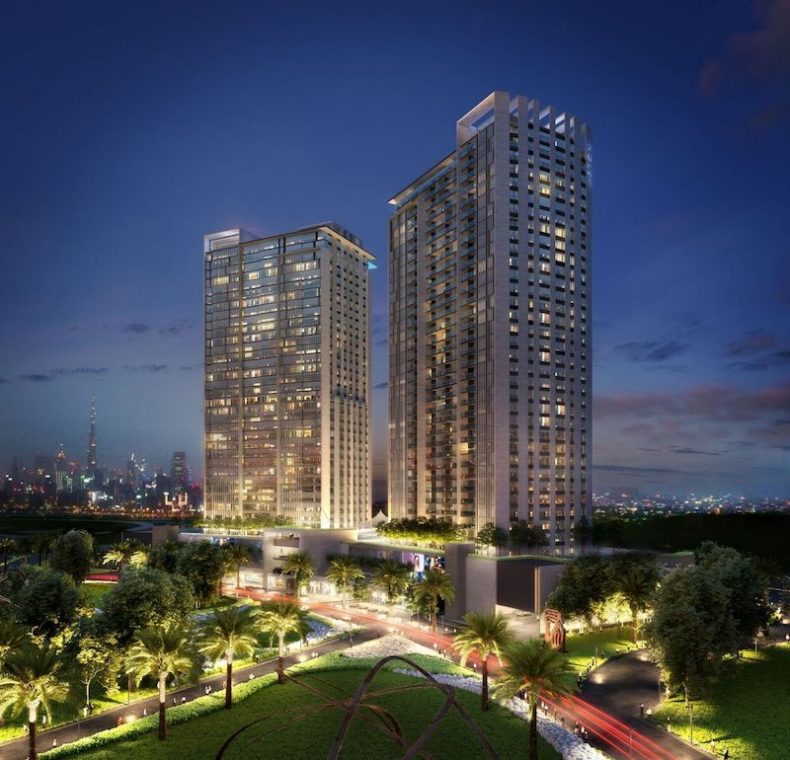 A Real Estate firm of significant stature has launched a huge luxury property development in Dubai. In the $325 million investment, the consumers will be able to buy a studio apartment with prices starting north of 30 bitcoins.

The Isle of Man-based Knox has started a big real estate development in the commercial hub of Dubai. The property which is being valued at $325 million spans over 22.3-hectare and will contain two 40-storey residential towers. Called the “Aston Plaza and Residences”, the Real Estate firm is being regarded as the first capital firm which has resorted to accepting Bitcoins as one mode of payment.

The project is being pushed by British entrepreneurs Michelle Mone and Doug Barrowman. They both are pretty established businesspersons. Michelle Mone also owns an interior design firm “Michelle Mone Interiors” while Doug Barrowman is the chairman and founder of “The Knox Group of Companies”, a company which specializes in real estate businesses. Aston Plaza and Residences is their one such project.

The showrunners of the project said that the development would be accepting bitcoins as part of a “mainstream” means of investment. Mone who is also a British parliamentarian has already been investing cryptocurrency since last two years. “It’s the currency of the future.” she believes.

Cryptocurrency is a relatively new concept which owes its existence to blockchain. Used basically as a contender for value, is taking the world by storm. This is not the only big investment that has been made in this arena. Recently, China and Telenor have also showed their interest in it.