Black hole 100,000 times massive than the Sun discovered near heart of the Milky Way

Black holes have always been a mysterious phenomenon of outer space and have been widely discussed in scientific circles around the world. Scientists, Physicists and black hole researchers all have been conducting research on black holes for many years now but no big breakthrough has been made that can fully explain them. However, this might change after a recent discovery. 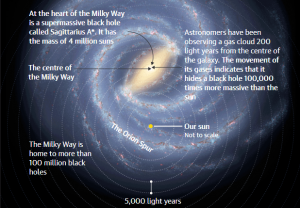 Brooke Simmons at the University of California in San Diego, said: “We know that smaller black holes form when some stars die, which makes them fairly common.”

“Astrophysicists have been collecting observational evidence for both stellar mass black holes and supermassive black holes for decades, but even though we think the largest ones grow from the smallest ones, we’ve never really had clear evidence for a black hole with a mass in between those extremes,” she further added.

Scientists believe that each galaxy has its own massive black holes which are billions of times larger than our sun and also have the great gravitational pull that even light cannot escape from these black holes.

Scientists claim that this discovery would enhance our understanding of black holes and might also lead modern physics to more progress. Moreover, an astronomer named Oka said that this newly found object will slowly and gradually get closer to the Sagittarius A*— largest black hole in Milky Way and merge with it, making it more massive than before. 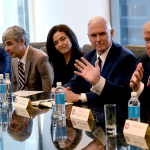