Pakistani social media has been quite active over the past few years and now and then, we even make it to the top world trends on Twitter. When it is not about PTI or the sport we love with all our life, cricket, there are a few good trends that Pakistanis use to show their intellect and immense wit (Ha!). Recently, the fuel on the wits was running dry but worry not, we are back with a trend that has great potential and it is a major relief from replace movie names with xyz trends. We are talking #BuzzFeedPakistan!

It started with #BuzzFeedIndia and quickly spread across the border. Twitter is now alight with some hilarious tweets and here are the ones we absolutely love!

259 senseless superstitions that will make you more Pakistani #BuzzFeedPakistan

23 GIFs to show Veena Malik is the worst thing that happend to humans. #BuzzFeedPakistan

100 reasons for why Meera should not speak ‘inglish’ #BuzzFeedPakistan

The tweets are flowing in even as we speak! Do let us know which one you liked the best. Happy tweeting! 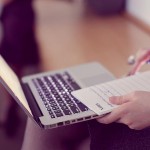