TechJuice > Mobile > Can you imagine a phone with 18,000mAh battery? Well here it is…

Can you imagine a phone with 18,000mAh battery? Well here it is… 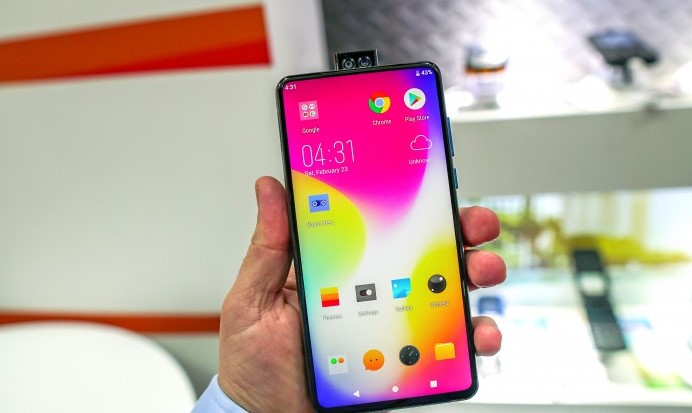 Energizer has released a motorized selfie pop-up phone with a whopping 18,000 mAh battery in this year’s Mobile World Congress.

Smartphone batteries have not seen a breakthrough innovation in this last decade or so. Many consumers complain about their average battery performance, Energizer, however, has come up with an interesting solution for this problem. The company just launched its Power Max P18K Pop in the Mobile World Congress which is the first smartphone in the world to feature such a massive battery and can promise up to five days of standby battery time. The phone is considerably thicker and measures up to 18mm due to the massive battery it holds, owing to its design it can be said that the phone was not designed for day-to-day use. The phone is 153 mm tall and 74.8 mm wide.

Other than the battery the phone also features an impressive all screen display thanks to the dual pop-up camera. The phone has a 6.2-inch Full HD LCD screen panel with a resolution of 1080 x 2280 pixels. Similar to what we saw in Vivo nex last year, the Power Max P18K Pop features a motorized pop-up dual-front facing camera (a main 16 MP and 2 MP depth-sensing) along with a triple rear-camera setup (12MP + 5MP + 2MP).

The only ordinary thing about this phone is the processor which is a Mediatek Helio P70 8-core 2.0GHz instead of a Qualcomm processor. The phone also comes with 6GB of RAM and 128GB of storage with pre-installed Android 9.0, Pie and Dual sim functionality. Despite its massive size, the phone does not feature a headphone jack. 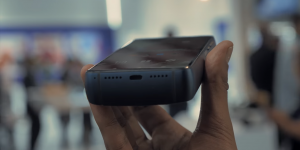 The phone costs around $600 and is scheduled to be released sometime in June 2019.