Blades of Battle Gets Featured in App Store Worldwide

Caramel Tech Studios is a leading games-development studio in Pakistani tech industry. Having landed big projects like ‘Fruit Ninja’ and ‘Jetpack Joyride’ in the past, the development studio demonstrates a lot of potential, and the latest addition to the successful series of games developed by Caramel Tech is ‘Blades of Battle RPG’ which has recently been featured in 137 countries at the App Store.

‘Blades of Battle RPG’ is an epic fantasy RPG (role-playing game) for iOS devices. The game features over 400 beautifully-designed characters from which players can take their pick, evolve them, and lead them into battles against other players. The game follows a ‘card collection and battle’ theme but there is a blend of other nifty features as well that set the game apart from its competitors. Stunning visuals, a host of characters with unique powers and abilities, PvP (player-vs-player) combats alongside the ability to team-up and wage wars against other teams, and challenging weekly events are only some of these features that keep the players constantly glued to their devices.

For these reasons among others, ‘Blades of Battle RPG’ has received a well-deserved distinction in the App Store by being featured in 135+ countries in the ‘Best New Games’ category by Apple. The countries where the game is featured include Italy, UK, Germany, France, Australia, Russia, Spain, Switzerland and many others.

This achievement is another beaming addition to the list of accomplishments earned by Pakistani technology startups and firms. While it resonates with the views and beliefs of Caramel Tech Studios’ founder Saad Zaeem (our interview with him is a must-read for all), it also proves that hard-work combined with passion never goes unrewarded. 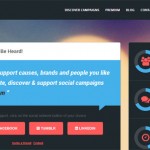 This Pakistani Startup, NetPura, Gets the Crowd Behind You!