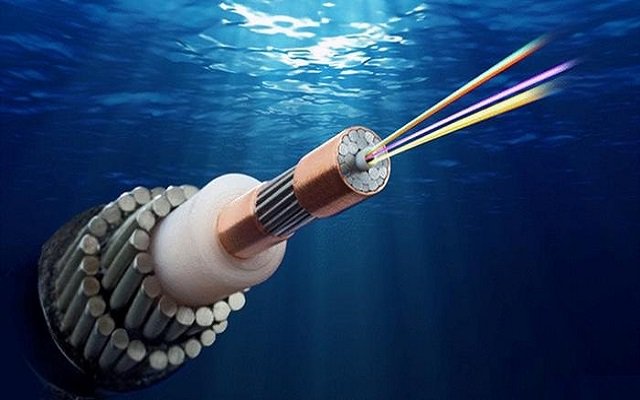 Pakistan telecom industry is expected to receive latest and modern submarine cable system from China which will have two landing routes in Karachi and Gawadar. The submarine cable will stretch across Europe and Africa.

It is named PEACE (Pakistan East Africa Cable Express) and is a joint venture between Huawei Technologies and Tropic Science Co., Ltd. (Tropic Science). The deployment of this high new tech cable has already commenced and it is expected to be active by the end of 2019 and will have over 60 Tb capacity.

In its first phase, PEACE will comprise a 6,200km network connecting Pakistan in Gwadar and Karachi with Djibouti, Somalia, and Kenya. It will eventually reach South Africa and Egypt.

According to sources, Pakistan’s leading cellular provider Jazz and internet service provider (ISP) Cybernet have been named to be the partners of the PEACE cable in Pakistan. 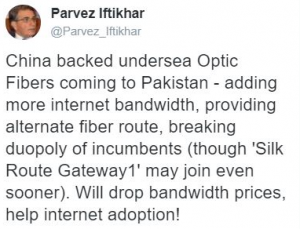 This system, designed by Chinese company Tropic Science, depends on 200G dense wavelength division multiplexing (DWDM) technology and it will be used to increase bandwidth on fiber networks by transmitting multiple signals at once, at different wavelengths but on the same fiber. Currently, Pakistan is being served by six submarine cables and has suffered frequent internet outage which have left services crippled across the country in the recent past. The new cable systems will have a more redundant fiber-optic network within Pakistan as well that will offer more reliable internet with better than before SLAs (Service Level Agreements).

With the PEACE cable expected to come online by end of 2019, the country’s internet connectivity will receive a significant boost, leading to less frequent outages and disruption of services.