Going down the timeline first gaming console was the idea conceived by Ralph Baer in 1966 and Magnavox (now a subsidiary of Philips) finally developed one in 1972. However, this soon triggered a string of ideas. The first of gaming console was PONG, developed by Atari, Inc. It was a home video-gaming console with a size as huge of a King Kong compared to sleek PSPs we have these days.

The Real Rise of Machines

In layman’s term anything that reduces human effort is a machine. What better a machine can be than a gaming console which can allow you to bombard the entire city in a strategy game. Japanese have been pretty handy when it comes to expanding the ideas of imagination. Virtual world is given a whole new dimension. This was followed closely by their old rivals in technology, the USA. Constructive destruction that followed made such complex ideas a reality. Afterwards what world witness was a cold war, between corporations of USA and Japan!

Those who took the Gold from the Mine

It’s a ruthless business and staying into it for years is a feat not accomplished by many companies. Atari entered the picture in 1972 and left the arena in 1984 (probably making huge fame yet missing so much). Generation after generation SEGA, Sony, Nintendo (all Japanese) did it till its fifth generation of consoles. Eventually came the US software giant Microsoft with its console XBOX.  With its seventh generation into command there were certain questions made to console manufacturers. This might have resulted in game makers getting worried as well but mostly the stake holders were console manufacturers.

Parents began to worry that the new generation children hardly seem to play or indulge in physical activities and interact with other kids of their age. All the time being glued to screen is nothing more than wasting legs, tiring eyes and uselessly moving fingers. Even the joy-sticks didn’t let much of an activity to enter.

A trouble came and a solution brought in… Nintendo Wii was the one to come up with it!

Now one can move and run and talk over the LAN (Local Area Network) to anyone. How could the other giants stay behind? Sony launched the MOVE Motion Controller for its Play Stations and XBOX came with KINECT Controllers. Games belonging to sports and adventure genre finally became the biggest money making products.

The result was a surge in sales for the innovators (Nintendo) and subsequent rise in sales of those who followed (Sony and Microsoft). An avid follower of technology can never deny that futurologist approach to technology has always made it the most profitable business. 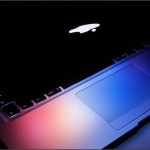 Best Laptops of 2013 in Pakistan