Portugal football superstar Cristiano Ronaldo and records walk hand-in-hand. And in the latest, the Manchester United forward has become the first person to have 500 million followers on Instagram. Argentine superstar Lionel Messi is in the second spot on the list of most followers as he has 376 million on Instagram.

Ronaldo shares photos quite regularly and it usually involves his family, as well as obligatory action shots from games. The sport seems to be taking the social media platform by storm, with the second-most-followed account being Lionel Messi, with 376 million followers.

This collab was likely a key driver for Ronaldo climbing above 500 million followers, with the photograph, taken by Annie Leibovitz, becoming the second-most-liked post on Instagram.

On November 19, Ronaldo gained more than one million followers in just 24 hours, after he posted a snap featuring Messi as well. This suggests that the internet-breaking image brought extra attention to Ronaldo’s Instagram channel.

It comes as no surprise then that one of Ronaldo’s recent posts, featuring both the sports stars playing chess, reached more than 35 million likes, far higher than Ronaldo’s rough average of 10 million likes per post. In third place is perhaps the more predictable Kylie Jenner, who has been in the top five most followed for the past few years. She is closely followed by Selena Gomez and Dwayne The Rock Johnson.

Ronaldo has turned his Instagram platform into a profitable business, averaging a fee of $2 million per sponsored post. What’s more, he also has a link to his collection of NFTs via Binance, where he is surely also making a tidy profit. Added to his salary, Ronaldo’s earnings are set to skyrocket further.

Ronaldo said Monday that his row with Manchester United would not have an adverse effect on the Portugal team at the World Cup in Qatar. Reduced to a peripheral role at United this season, the superstar last week lashed out at his club and United coach Erik ten Hag in a TV interview. He said at a press conference at the Portugal camp

“I have no doubt that this recent episode, that interview, and other episodes with other players that happen sometimes, can sometimes shake the player but won’t shake the team,”. 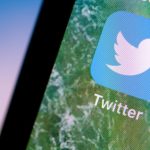