Chinese memory manufacturer Longsys has released test results of its DDR5 memory modules which were evaluated on an Intel Alder Lake Desktop platform comprising of an 8 core chip. The performance data was measured on Longsys’s DDR5 ES1 modules which were released today and offer speeds of up to 6.4 Gbps.

As per details, the memory modules that were tested featured two different variants, including single rank and dual rank modules which offered 16GB and 32GB memory respectively. Both of these modules were based on the UDIMM form factor and featured 4800 MHz pin speeds. The RAM stick had an 8-layer PCB design.

The latency, however, was much worse than DDR4, and this is because it was only an early test kit. There was also the fact that DDR5 was working on dual rank, which can sometimes perform worse than a single rank memory.

We already have a number of different memory manufacturers that have announced their upcoming DDR5 memory kits. We can expect to hear more by mid-2021. 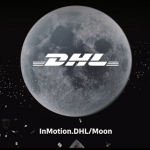 DHL’s first delivery to the moon: You can now send a selfie with your partner to the moon