Does the iPhone 14 come with a charger? What’s in the box? So far almost everyone is aware of the new iPhone 14 and its Pro models that have been introduced. There’s never been a better time to buy an iPhone, with two screen sizes, an upgraded camera, and clever new satellite calling technology.

One thing that hasn’t changed is Apple’s dedication to its Lightning port. While the iPhone 15 will need the conversion to USB-C, the iPhone 14 will continue to function with your existing chargers, docking stations, and accessories.

That’s a good thing because the iPhone 14 doesn’t come with a charger. The iPhone 14, like the iPhone 12 and iPhone 13 product lines, requires new customers to purchase a new charging brick or maintain their old ones.

Despite speculations to the contrary, a portless iPhone that depends on wireless charging and data transfer remains a pipe dream. But why isn’t a charger included in the box? What about the Pro version? Which charger should you get?

What comes in the iPhone 14 box?

Since the iPhone 12, Apple has discontinued including power adapters in the package of all iPhone models, even the exorbitantly priced iPhone 14 Pro series.

According to Apple’s website, the box contains your iPhone, a USB-C to Lightning Cable, and the standard paperwork.

It’s worth mentioning that previous iPhones came with a USB-A to Lightning connection in addition to the power brick, so if you have an iPhone charger that’s a few years old, you may need to purchase a new adaptor with a USB-C connector regardless.

If you have a wireless charger, it will work, but keep in mind that there is no MagSafe charger included. This wireless charging technology use magnets to secure itself and deliver a more constant charging experience.

Is a charger included with the iPhone 14 Pro?

Unfortunately, even the iPhone 14 Pro does not come with a charger, so you will need to purchase Apple’s (or a third-party option, more on those at the moment).

It’s the type of thing that will be a bit simpler to deal with once we get a USB-C iPhone (perhaps as early as next year), given that USB-C cables are present in many items, but it’s clearly a nuisance for the time being.

Why is it that Apple does not offer chargers with iPhones? 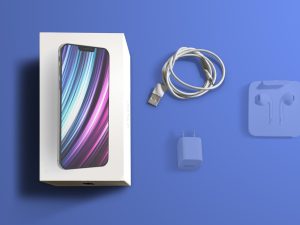 While a cynic would argue that Apple’s refusal to provide a charging brick in iPhone packaging is motivated by a desire to decrease e-waste.

E-waste is an abbreviation for “electronic waste,” and it refers to abandoned electronic gadgets that cannot be adequately repurposed.

“Leaving out those adapters was a big step for Apple, and a vital one for our world,” Apple remarked on its website after the announcement.

“We estimate that by eliminating them (power adapters) from iPhone 12 packaging, we saved mining over 550,000 tonnes of copper, tin, and zinc ore. We can accommodate up to 70% more iPhone boxes per shipping pallet by using thinner, lighter packaging, which helps us cut our carbon impact even more.”

“By eliminating power adapters from device packaging, we save almost 2 million tonnes of CO2, the equivalent of removing 500,000 automobiles from the road for a year.”

While it is true that iPhone packaging is now considerably smaller, Apple may be leading the industry, as it did when it eliminated the headphone port from the iPhone 7. That decision was viewed with suspicion, but it actually led to more and more firms doing suit.

Which iPhone 14 charger should I get?

If you don’t happen to have a charger lying around, there are lots of alternatives.

The official Apple charger is a 20W plug with a USB-C connector, but it costs $19, which is significantly more than many third-party solutions.

The business also sells a set of Dual USB-C port adapters for $59, which will allow you to charge several devices at once, although this is equally pricey when compared to third-party choices.

Anker’s twin USB-C charger, for example, costs less than $30 and comes in 32W and 30W varieties. 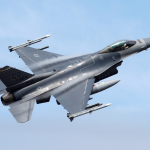