Dr. Umar Saif Awarded Sitara-e-Imtiaz in Recognition of his Services for the Country 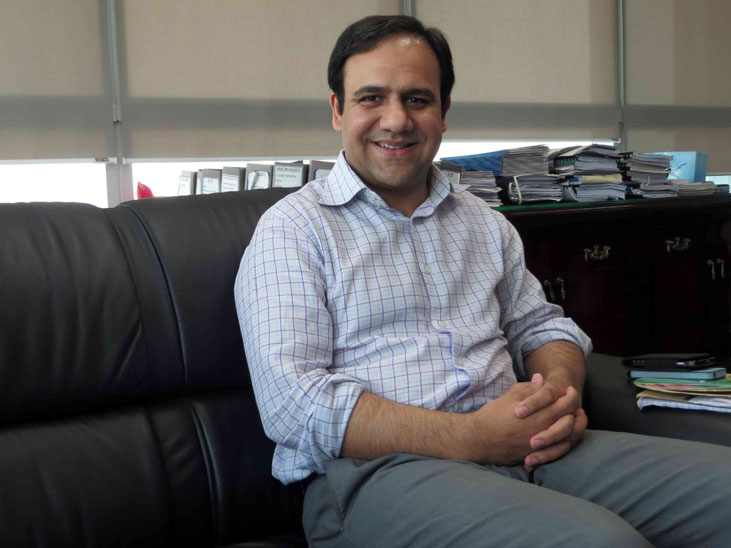 Dr. Umar Saif, a proud and industrious Pakistani academic, scientist and innovator, was conferred upon with the nation’s third-highest civilian honor, ‘Sitara-e-Imtiaz’ to recognize his monumental services for the country’s public and education sector, contributing to an already-lengthy list of honors, medals and achievements for the person of his stature.

“Thank you Pakistan for honouring me with a Sitara-e-Imtiaz. How I wish I could do more to take you out of these turmoils,” a Facebook post from him read following the announcement. 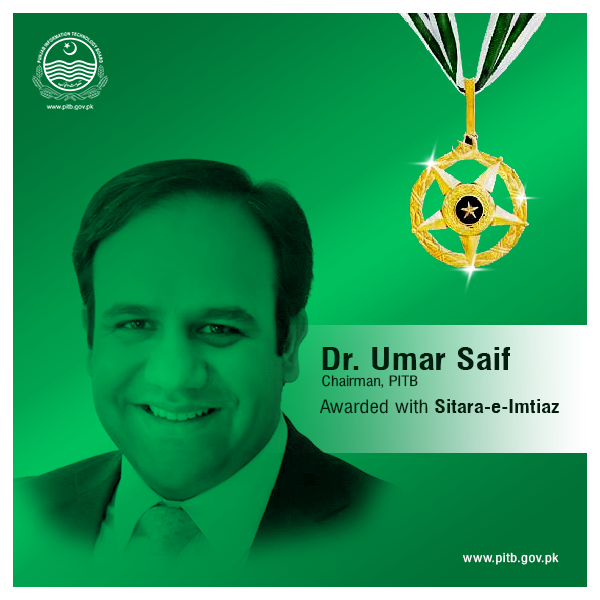 Dr. Saif’s academic journey and professional career make an inspirational story for not only his countrymen but for any and every person associated with academic, technology or any other related domains. He, after graduating from LUMS in 1998, pursued higher education at the prestigious University of Cambridge and Massachusetts Institute of Technology (MIT) for PhD and post-doctorate studies. During his brief tenure at MIT, he was a part of multi-million dollar projects and collaborations such as Project Oxygen and Pervasive Data Access.

Dr. Saif also authored several influential publications, mainly on the topics of Ubiquitous Computing, Network Protocols and Architectures, and ICT for Developing Countries, which were recognized and featured in several media outlets around the world.

With an intention to serve his home-country, Dr. Saif returned to Pakistan as an Associate Professor at his alma mater LUMS. He was later named as the Chairman of the Punjab Information Technology Board (PITB) to oversee all IT-related public sector projects in Punjab province. A couple of years later, at a young age of 34, he was appointed as the founding vice-chancellor of Information Technology University (ITU), Punjab.

Realizing the entrepreneurial potential of Pakistani youth, Dr. Saif also set-up one of the country’s first start-up incubators, Saif Center of Innovation (SCI). He (co-)founded and contributed to several start-ups like TicketMy, chOpaal (later rebranded as SMSall under his supervision), seeNreport, and BumpIn, etc.

Dr. Saif has also received a number of prestigious international awards and honors for his academic and professional work. Some of such distinctions are:

Dr. Saif’s ultimate goal as an innovator and an entrepreneur himself is to create an encouraging entrepreneurial environment in Pakistan, and to help the Pakistani youth realize their potential. He has dedicated his time, work and efforts in that direction ever since he returned to the country with a mindset to serve it. In an interview with Forbes, he stated:

“Ultimately, I hope to create the kind of entrepreneurial spirit here in Pakistan that exists in the US. I am optimistic with the progress we have made thus far.”

He has contributed to this ideology be founding Plan9, Pakistan’s largest technology incubator. Plan9 has come a long way since its inception in 2012, and has seen several startups from their birth to international spotlight, which is a success-story in its own right.

Editor’s note: We, the team at TechJuice.pk would like to take this opportunity to congratulate Dr. Umar Saif on receiving this well-deserved honor, and extend our heartiest gratitude for all the services he has undertaken for academic, professional, business, and entrepreneurial domains for the betterment of the society and his fellow countrymen. We wish him best of luck in all his and his team’s current and future endeavors! 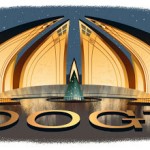