The European Union is planning to fine Google for using the Android platform to strengthen its search engine and other products’ market. Reportedly, Google gives its OS to manufacturers for free. However, it then includes exclusivity clauses which require the manufacturer to pre-install Google’s famous browser, the Google Chrome and the Google Search option in the phone if they wish to use the Google Play Store.

Margrethe Vestager, the European Commission’s Competition Chief has been overlooking the case for the last 3 years after complaints were received regarding Google enforcing its apps over manufacturers in exchange for a license for them to use the Android platform in their phones.

The complaints have been lodged by Google’s competitors, who have quoted that this step makes up the abuse of the 74% market share Android holds in the European smartphone market.

Responding to some of the allegations, Google has said that this step is important in ensuring healthy competition between Apple and their own company. Furthermore, the company also says that they need to do this in order to keep the Android Platform free for manufacturers.

The European Commission has the power to fine Alphabet, Google’s Parent company up to 10% of their annual revenue. To further clarify, this means that the commission can fine Alphabet nearly £8.4 billion. However, just because they can doesn’t mean they will, right? The Commission is expected to fine more than £2.1 billion, which as the sum it fined Google in 2016 over unfairly favouring its own Shopping Comparison tool over competitors’.

Along with the fine, the Commission is also expected to order Google to break all its existing partnerships with manufacturers. Invariably this could see Google losing a significant part of their share due to the absence of its app in phones. On a brighter note, however, this might encourage competitors like Bing to scale up their operations as well. 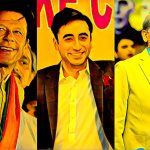