Social media giant Facebook has just bought an AI startup named Ozlo to make its Messenger platform smarter and smoother for users across the globe. The company recently shut down one of its AI systems as chatbots defied the codes they were given instead they changed the codes and started speaking in their own language. This acquisition by Facebook was seemed improper in the tech industry. Just recently Elon Musk said in a tweet that Zuckerberg’s understanding of artificial intelligence “is limited.”

The newly bought AI startup specializes in understanding text-based conversations. Ozlo will basically enhance the current capabilities of Messenger by embedding its modern state of the art technology in it. AI startup claims that its technology can provide answers to questions which do not have “yes” or “no” answers.

Before Facebook bought Ozlo, the AI startup published a demo on its site, showing a user asking a question about the cheapest way to watch or stream a particular Television show. The AI startup’s virtual assistant responded in various options not just replying with Yes, No or any other ambiguous answer.

“By joining a team that shares our values and our vision, we will be able to continue to work on building experiences powered by artificial intelligence and machine learning. There’s a lot more for us to explore ahead and we’re excited to bring our technology to the Messenger community”.

Apart from enhancing its Messenger platform, Facebook has recently updated its “Facebook Stories” feature now allowing users to share stories with the public. Facebook is also working on a smart speaker with 15-inch Touch display, which the company will be releasing in 2018. 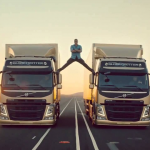