Facebook is reportedly testing dark mode in their messenger app for some regions.

According to CNET, a number of users on Twitter have pointed out that they have started seeing an option to test out a new dark mode in their messenger application. A Twitter user, Jane “not Facebook Employee” Manchun Wong, posted screenshots of Facebook messenger prompting a warning about the incomplete nature of dark mode.

Facebook previously teased dark mode and a simpler interface back in October 2018, when they promised to declutter the messenger app and make it more streamlined; something that users have been asking for a long time. According to a Facebook spokesperson, the social media giant is indeed testing out dark mode in some regions:

We’re conducting a small test of the dark mode in a handful of markets,” she added. “We don’t have anything further to share at this time.” 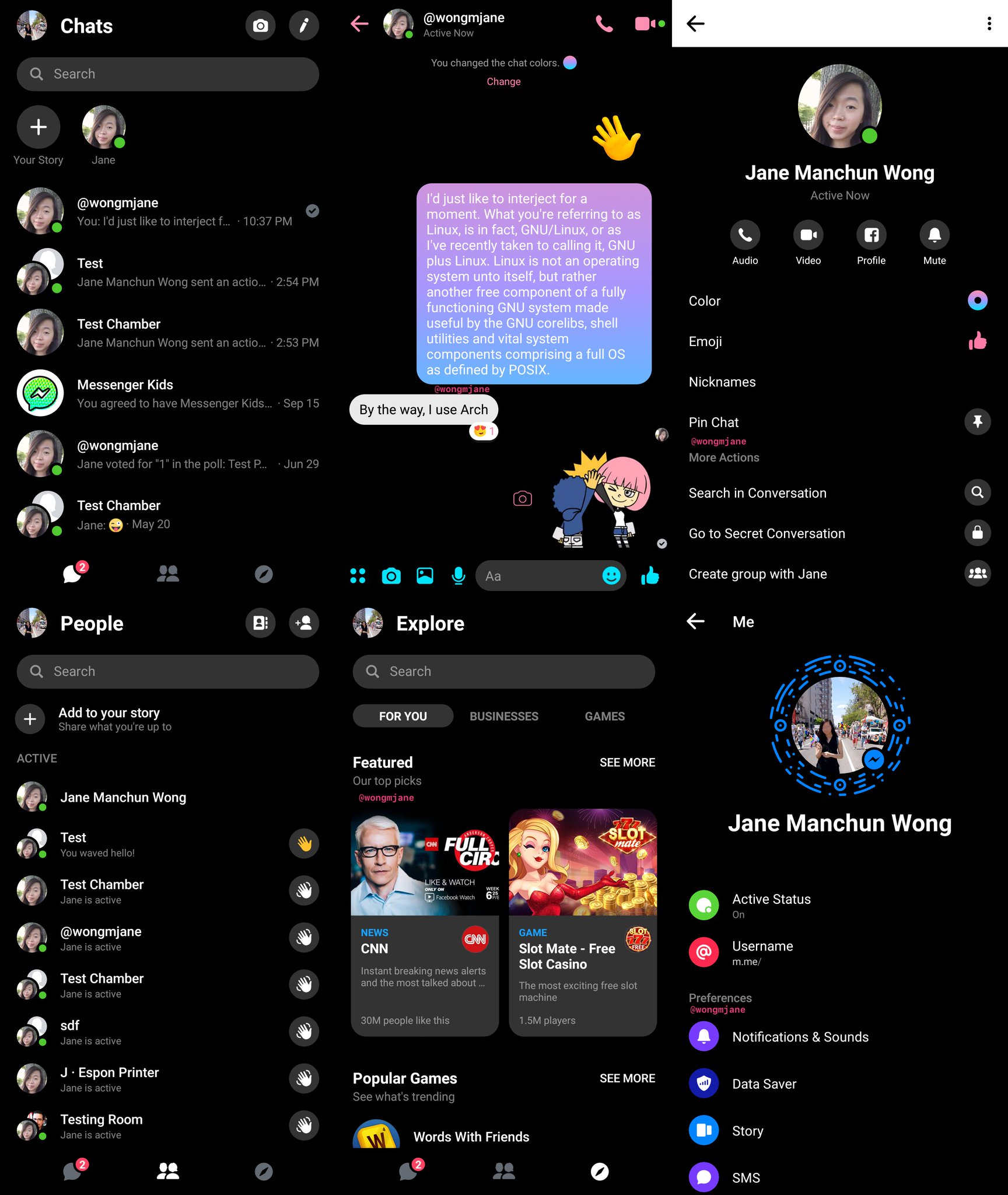 The Twitter user shared further images of the dark mode in action, showing that Facebook has made quite a lot of progress with the dark mode on the messenger app, suggesting that a wider rollout might come sooner rather than later.

Facebook Messenger is testing Dark Mode in the new UI

However, Facebook recently released an updated and more streamlined user interface for messenger, but they had to roll that back without giving any solid reason, hinting towards a more controlled and rigorous testing process for this new visual change.