Major changes are occurring in the cabinet today with Asad Umar resigning from his position of Finance Minister and Fawad Chaudhry now being appointed as the Federal Minister for Science and Technology. Fawad Chaudhry resigned from his current position as the Information Minister earlier whereas Firdous Ashiq Awan will be facilitating the PM as special assistant on information for now.

Azam Khan Swati was the previous appointment holder for the Federal Minister for Science and Technology and he resigned after the forced transfer of an IG over a dispute between his son and a family trespassing their lands. Fawad Chaudhry holds a similar educational background as Swati, being a lawyer by profession and also serving as an anchorperson and political analyst for various media organizations.

The Ministry of Science and Technology has been operating so far without a Minister since December last year and it is prime time a replacement has been appointed to look over matters in the technology landscape since it is a significant backbone of the economy and crucial for the growth of the country. 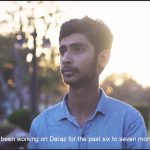 Creating jobs around the country: how Daraz is facilitating sellers and establishing businesses