Federal Investigation Agency (FIA) has suggested that the use of obsolete technology by banks for ATMs’ security makes them an easy target for theft through skimming.

ATM skimming is the theft of identity carried out through the use of devices known as skimmers. Thieves install these devices directly into the machine to steal personal information right from your card.

Two Chinese nationals, Zhong Xianming and Zhong Xianquan, were caught earlier this week for their alleged involvement in ATM skimming case. During the proceeding of the hearing, the prosecution stated that the skimmed information was being sent abroad for the conduct of international transactions over the wire. They also claimed finding more skimming devices as evidence following the information provided by the two accused. The magistrate then sent the two accused to prison on a 14-day judicial remand.

FIA investigated the case and found that the use of decades-old technology in ATMs and banks security systems resulted in the thefts. The agency has advised the State Bank of Pakistan (SBP) to ask banks to upgrade their ATMs and security software. FIA also suggested the banks to introduce biometric system for ATMs. An FIA official said,

“We have been coordinating with the State Bank on this matter. We have made three arrests [all Chinese nationals] in two operations within a year and we have evidence of presence of more men of the same origin who are still actively operating in Karachi. The first case in the city was reported in June last year after the arrest of a Chinese national but the recent arrests show that the scam goes on unchecked by the banks… It means that Pakistani banks are an easy target for this foreign group as our ATMs don’t have advance security features.”

He also said that theft through skimming was an old trend but with the introduction of advanced security measures globally, it is no more effective in majority of the countries. Pakistan’s security system is not very effective and the conventional systems can’t guarantee safety anymore. He added that the banks needed to introduce the latest technology for their machines and strengthen surveillance system at their ATM booths.

The FIA official recommended that the security guards at banks and ATMs should be trained to smell any suspicious activity and banks should install CCTV cameras for close monitoring. 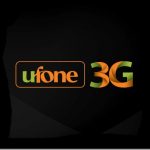