The two Chinese citizens that were caught a couple of days ago from Karachi have been sent to prison for their alleged involvement in ATM skimming case.

The two accused were produced before Judicial Magistrate South who heard the case. The magistrate then sent the two accused to prison on a 14-day judicial remand. The concerning Investigation Officer was also asked to submit the report during the next hearing.

Two Chinese nationals, Zhong Xianming and Zhong Xianquan were caught red handed a couple of days back when they were removing skimming devices from a local bank’s ATM in Karachi. FIA arrested the two from a bank near Teen Talwar, Karachi on the basis of tip from citizens.

During the proceeding of the hearing, the prosecution stated that the skimmed information was being sent abroad for conduct of international transactions over the wire. They also claimed finding more skimming devices as evidences following the information provided by the two accused.

As the majority of capital has moved over the net and transactions are being executed electronically, money thefts have also got novel. ATM skimming is the theft of credentials of the one using the ATM machine carried out through the use of specialized devices called Skimmers. Criminals install these devices directly on the ATM machine to steal personal information. This personal information is then used to illegally transfer the money from one’s account. 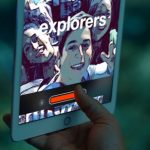