Overseas Investors Chamber of Commerce and Industry (OICCI), the collective voice of top foreign investors in Pakistan, has unveiled the results of the biennial “Perception and Investment Survey 2021”.

The survey results present an array of insights, shedding light on the increase in confidence of OICCI members on the growth potential of the country and some areas where government attention is required.

OICCI President, Mr. Ghias Khan, in a meeting with the media representative today, shared the salient features of the survey and highlighted that foreign investors are largely positive on several business climate parameters. OICCI members forecast healthy growth of their respective business entities in Pakistan with an overwhelming 80 percent of respondents willing to recommend new FDI in Pakistan. Mr. Ghias Khan added that

“The case for business growth potential and opportunities in Pakistan is supported by over 65 percent of survey respondents indicating their plans to make new investments, out of which 8 out of 10 respondents plan to invest more or similar amounts over the next 1 to 5 years, as compared to the investments they made in the previous corresponding period”.

Foreign investors’ sentiments about the investment and operating conditions in Pakistan, in comparison with regional countries have shown notable improvement, compared to the previous survey, as Pakistan has been rated “Better” ahead of India, Thailand, Vietnam, Bangladesh, Sri Lanka and Philippines but behind Indonesia, Malaysia, UAE and China. Survey respondents have been positively influenced, amongst other considerations, by measures easing business operations such as improved banking infrastructure, access to local financing avenues, and repatriation of profits. However, concerns have been shown on area of ease of doing business and perception of Pakistan.

“OICCI members have once again emphasized on the need for predictable, consistent, and transparent policy framework and its fair implementation. Governance issues, including ‘Gap in Policy implementation’ continue to remain an area of serious concern along with increasing tax burden and cost of doing business. These factors not only hinder business environment but also contribute to lower FDI in the future.”

The survey also highlighted sector-wise issues which OICCI intends to take up with the concerned stakeholders.

Authorities in the provincial government of Sindh has shown improvement versus previous engagement levels. However, respondents have also mentioned that at times, policies and regulations tend to be inconsistent and abruptly introduced with ineffective enforcement. The performance of regulatory bodies also reveals a mixed perception and concerns have been expressed over the excessive regulatory environment in certain areas.

“Going forward, we believe the largely positive feedback from foreign investors through PIS 2021 survey need to be leveraged by all the key stakeholders, especially those in the federal and provincial government, and institutions like Board of Investment, FBR, and other regulatory bodies.”

The issues identified need to be addressed on priority and opportunities are to be explored with speed and determination so that Pakistan can accelerate its growth momentum and attract large FDI”. To achieve this, regular and structured engagement with foreign investors, along with a predictable, transparent, and consistent policy framework is imperative. Simplifying the tax regime and increasing positive visibility of Pakistan at international forums will also contribute to improving the perception of the business environment of Pakistan. 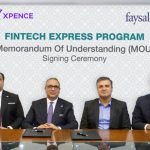