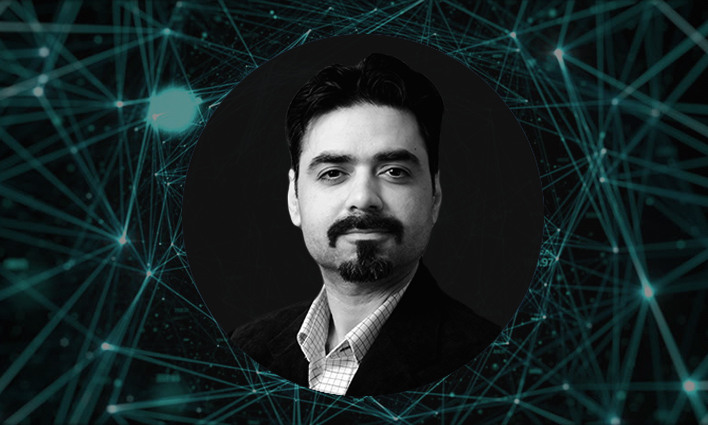 In the ever-changing fast-paced technology ecosystem, only resilience builds leaders. To show an example, TechJuice chats with Ali Islam Khan, ex-Director Research and Development, FireEye, who is about to launch his very own startup in Silicon Valley.

Khan started off as a C language programmer and climbed the ranks to become a good cop in digital security, also known as the White Hats. While hackers and thieves in digital security are Black Hats, Khan seeks solutions for protection against them. This is his journey.

Born and raised in Lahore, Khan completed his matriculation from Defence Public School. He opted for Computer Science in his Intermediate inspired by his elder brother who too was a CS student. He would talk about algorithms and computer programs with Khan and that piqued his interest in technology.

Even though there wasn’t any visible pressure on him to become an engineer, he believes it was bound to happen as engineering has skipped a generation in his family and his generation was eyed to peruse what the forefathers did.

He recalls completing his matriculation with just enough marks but he turned a new leaf during intermediate, “I wasn’t a good student at first, but decent in maths and sports.,” he said adding that he always wanted to be a cool kid, “as I grew up being a bad student wasn’t considered cool anymore,” he laughs.

In 2001, he enrolled at the University of Engineering and Technology’s (UET) to receive an undergraduate degree in CS.
“In CS I had finally found my calling. I got the hang of algorithms, electronic gate, digital logic designs easily. All of it made sense to me,” he stated.

The crossroads of academia and industry

Khan critically recollects how the environment at UET was laid back, “students could complete their degree in seven years (if they wanted to),” he said. He considers university education to be an overview of the various fields available in the industry of one’s choosing, “They should give you a strong base, enabling you to apply that to your work effortlessly,” he advised.

Hence, he is critical of the education system. “The faculty didn’t have the required skills and struggled to teach. As the tech world moves at lightning speed, they weren’t able to keep up with the latest developments,” he said. Nonetheless, Khan was able to find some great teachers too.

Unfortunately, the university’s ecosystem did not nurture hard-working teachers, “good teachers left due to politics in the system,” explained Mr. Khan, “Even today, I have friends who teach (in Pakistani) institutions (who claim the same)”.

Khan contemplates that most of his learning was through his professional work, “(universities) can only guide you but won’t turn you into an extraordinaire in your field. You have to work hard for that,” he said. Regardless, Khan still believes Pakistan has a lot of talent, he claims to have experienced that during his visits to Pakistan as a FireEye employee, “I did end up hiring quite a few people from Pakistan into the US,” he shared.

Mr. Khan landed his first job in 2005, while in his final year in quite the impromptu fashion. He had been looking for jobs through his father’s contacts but one day he just ‘lifted’ one.

He recalls asking for lifts on his way back home from UET, one day a stranger began talking and Khan told him about his degree, “He gave me his card and asked me to send over my resume,” Khan said, within a week he was hired as a Software Engineer at Palmchip, a USA based company with a branch in Lahore.

It was the perfect fit for him, as programming in low-level languages like C and embedded systems interested him. The job played a significant role in his life, “I worked on a robotic arm system for a few months and then assisted on my first FireEye product,” he says.

He explained that it is common for foreign tech companies to develop their initial products in low-cost countries like Pakistan, which he believes is a beneficial process for engineers. It was through his product 1.0 for FireEye that he ended up in security and some years later at FireEye, USA.

The three years he spent at Palmchip has been his most lucrative years, where he learned from fellow engineers whom he identifies as remarkable, “most of them had already been selected by Microsoft, waiting for the H1 visa (visa required by immigrants to work in the USA). I found mentors in all of them,” he said 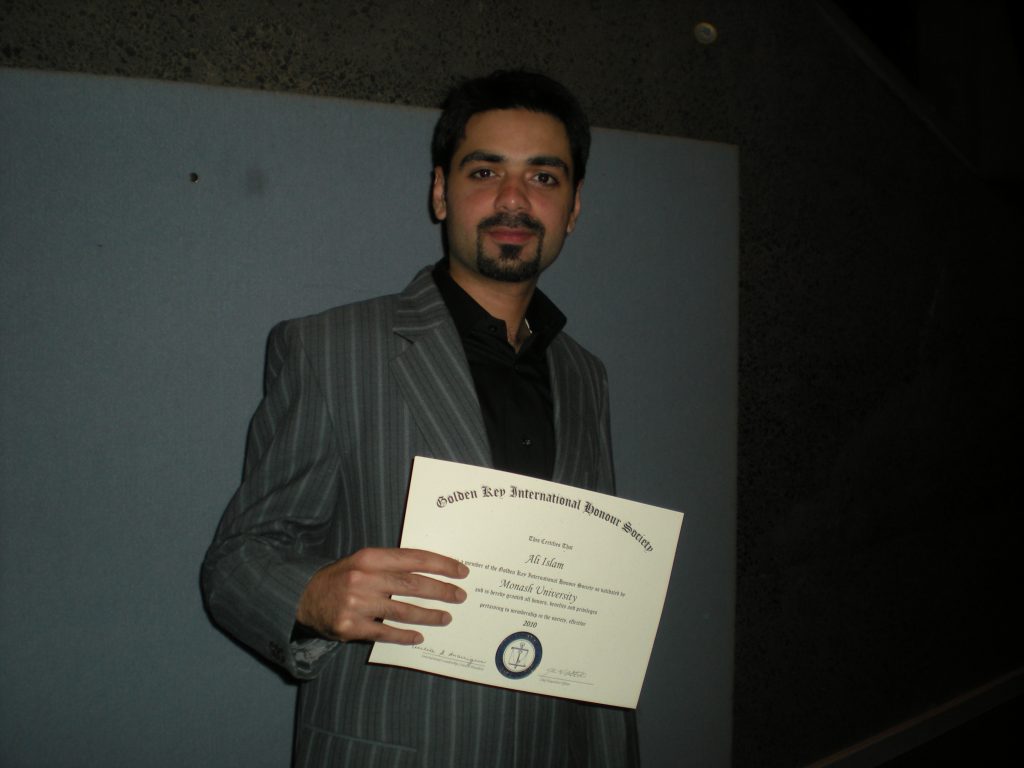 Being a keen explorer also pushed him to look for new experiences. One day he saw an AusAID scholarship, for which he applied and luckily won a full ride into Monash University, one of the top IT universities in Australia, where he achieved a Masters in Network Security.

In Australia, his life changed for the best, “In UET, I was focused on enjoying my youth, which is important too, but during my masters I was dedicated to the craft,” he said crediting the unique scoring system that valued concepts more than, “filling sheets in exams,” he disapproved.

He topped the graduate program and received the Deans Academic Award and the Golden Key International Award. 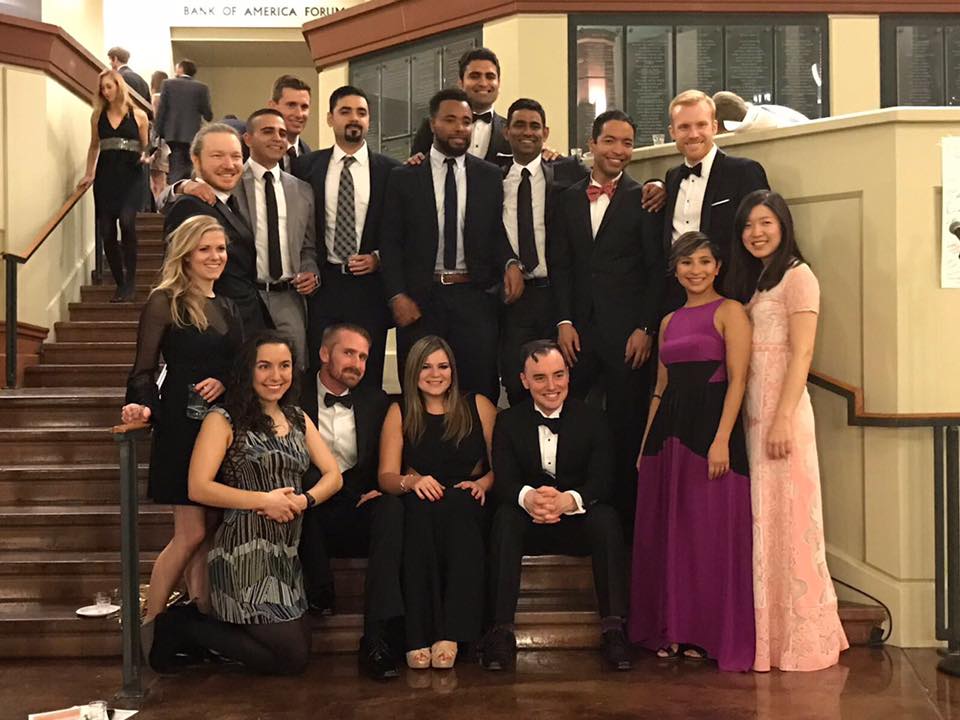 It was towards the end of his degree that he was contacted by Google, for an interview, “I had my reservations as I had heard that they don’t hire people easily,” recalls Khan.

After three rounds of phone interviews, which he considers to be technical and trying, he was called to the USA for further interviews in Silicon Valley. During his visit for the interviews at Google, he called on his former colleges at FireEye.

He describes the interviews at Google to be extensive. Later the day, he met his FireEye colleagues, “They immediately introduced me to the Vice President of FireEye, where we chatted casually,” he claims.

It was the following day, on his way to his next set of interviews at Google, that he received a call from FireEye asserting they would hire him instantly and offered him an H1 visa, “They said don’t bother going to Google,” he giggles but he did carry on to gain the experience, “I wanted to work in the Silicon Valley. I think my interviews at Google went great but the next day I signed FireEye,” he declared adding that Google’s hiring process is lengthy and he was not sure of the outcome.

But to this day, Mr. Khan doesn’t regret choosing FireEye over Google, “Today, FireEye is the hottest company in terms of security in the Silicon Valley,” he gloats, “I took the best decision of my life (by not working for Google). I would have been a very small part of a large company,” as he explained how he didn’t want to get lost in the crowd.

At FireEye Mr. Khan had a blast, “I was immediately responsible for a number of things, I got to work with great mentors and closely with the founder,” he said, describing his job as wearing multiple hats and a learning experience, “I also ended up making a little bit of money in the process,” he smirks.

Becoming a CEO in Silicon Valley 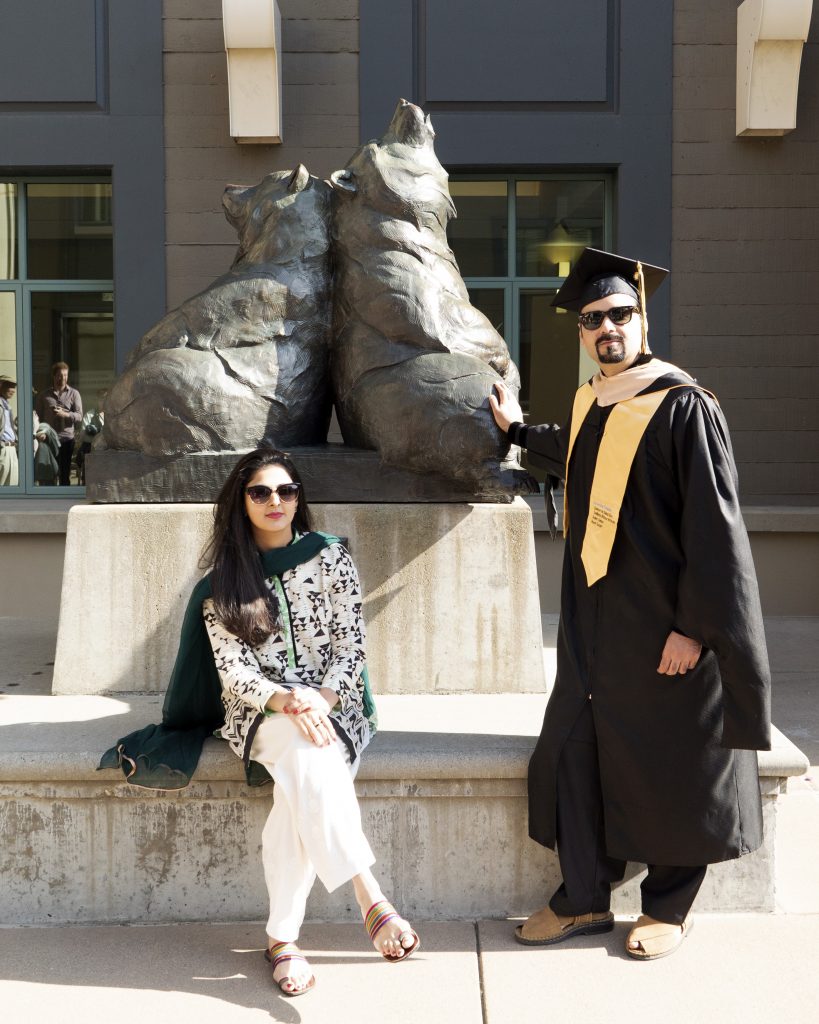 Through the years, Khan climbed the technical ladder – he became the Senior Staff Scientist and later the Director Research and Development at FireEye, “Being a director was never my goal. Yet, the key was to be in a position where you can be helpful,” he clarified, “whenever I was needed, I was enthusiastic to solve the problems at hand”.

The idea he said was to keep wondering what should I do next? “I am always looking for new challenges and was interested in entrepreneurship,” he said. One of his bosses back then would push him to become a leader, “Even though I thought managers aren’t technical people,” he expressed.

Again, inspired by one of his mentors who built and lead teams really well. He took fancy in leading and motivating teams to work as a unit and started enjoying it.

This urged him to go back to school, “I thought, if I have to do it, let’s do this properly. Hence, I got an MBA,” said Khan.
He holds his second Masters, an MBA, from the University of California, Berkeley’s Haas School of Business, “My masters also helped me with my promotions and managerial work,” he acknowledged adding, “If your employers are sincere they would definitely promote you (for your hard work)”.

After acquiring his MBA and later becoming the Director of FireEye, Khan says his journey of self-actualization wasn’t over, “I get bored unless things keep evolving,” he said, adding that he has been aiming to lead his own startup for the past two years, “leaving FireEye was not a hasty decision.”

“Startup? Think about your family!”

Initially, when Mr. Khan declared he will be starting his own digital security startup, there were many Debbie Downers who tired talking him out of it, “For me money has never been a motivation, but practically speaking I had some savings,” said Mr Khan adding that he was constantly reminded that he had a family to look after, “It definitely wasn’t easy to quit my job on the monetary front. I also had to leave behind a huge stock,” he shared.

Currently, his company, which is still under wraps, consists of five to six employees including Khan, working globally, from Pakistan, Germany, and in the USA.

At the moment, his startup is focused on building their first digital security product. The next step would be to look for beta customers and then actually paying customers, “That’s the two-year plan. When we are validated, then we would want to expand and work aggressively towards scaling our company,” he expressed adding his ultimate goal is to go public one day.

Where is the gap?

Mr. Khan journey could be termed as an exception. We do not see many Pakistanis taking over Silicon Valley and he believes it’s pure ratio, “they (Indians and the Chinese) have an enormous population,” Mr. Khan points out.

He humors that the valley looks like a modern province of India or even China, for that matter. Additionally, he credits the development of the Indian Institutes of Technology in India, “they have built their education institutes at par with the worlds tech industry,” he asserts, “Pakistan needs to improve its education system, our private institutions are great even better than some USA universities but public universities aren’t at par.”

Ali wants entrepreneurship to be encouraged, “we are told to be slaves from the get-go, examples of people failing and overcoming their failures should be advertised more often.”

“When you are at a certain place of disadvantage, you may end up believing you can’t amount to anything,” Ali pauses, “But once you start working hard, doors always open up for you.”