Future iPhones may have curved OLED and touchless screens

Apple is currently experimenting with touchless control and curved OLED displays for iPhones. According to the latest report by Bloomberg, Apple is trying out new screen gestures to make iPhones stand out in future. The report said that a touchless gesture feature from Apple would use technology built into the display rather than sensing motions from sensors in front of the phone.

The touchless gesture control will let iPhone users perform some tasks by moving their finger close to the screen without actually touching or tapping it. The report further revealed that the curves will not only on both sides as it was shown by Samsung Galaxy S but will span the phone from top to bottom. The features are in the developmental and trial stages, this means it will take at least three to five years for the technology to come in iPhone.

Apparently, Apple is going to achieve another milestone by letting its users to interact with their phones without tapping them. iPhone users will just need to make some gestures to perform certain tasks. Bloomberg also claimed that Apple might be planning to release iPhone X’s with OLED or organic light emitting diode, screen later this year. The new OLED iPhone X will have a screen size of 6.5 inches as compared to the previous iPhone X size 5.8 inch.

Nonetheless, Apple is experimenting with such enhancements and upcoming projects, they might not be true but these rumors tell us that Apple is working on something big. We have to wait for Apple reveals such technology, as the company is known to make such bold moves. 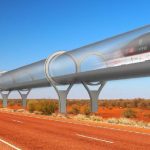