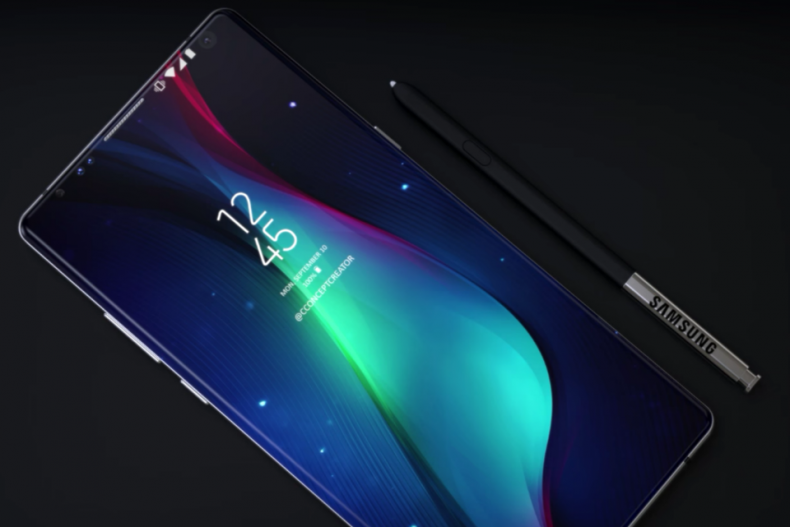 Galaxy Note 9 is expected to bring many big surprises, as we have been seeing in leaks and rumors for quite a while now. People have great expectations on hardware sides like the rumored 8GB RAM and 512GB storage, as well as software front — the upgraded AI-powered virtual assistant, Bixby, which is indeed affirmed by the company. But a new video reveals that Samsung might be looking forward to fixing one of the major disappointments of Galaxy S9 fans i.e. deficient front camera of the device.

Well, if you have been following our Galaxy S9 probation, you should know that Galaxy S9’s front camera disappoints us in the worst nightmare way. This is the same camera we saw in 2017’s Galaxy S8 variants and Samsung knows it. To make this right, Samsung is all in on Galaxy Note 9, as a new video revealing screen protector of the device shows a larger cut out of iris scanner. This cut out for iris scanner is actually double the size of what we have seen in Galaxy S9 variants.

From this leak, it appears that Samsung is set to upgrade its “Intelligent Scan” by introducing an advanced iris scanner and hence, it will eventually make improvements in Note 9’s front-facing camera by this advanced sensor.

Furthermore, the video also reveals other cutouts various sensors and components which may include an earpiece, LED indicator, ambient light sensor, and a single selfie camera.

While looking to the other side of the story, this may come as a surprise that this leak may be entirely fake. Considering the previous report that Note 9 is coming ahead of schedule, we might not see a camera upgrade at all, though some would say that who needs this update, as the Note 8’s camera is already super cool.

previous
Hillary Clinton wants to be the CEO of Facebook
random
next
AI can beat doctors in diagnosing skin cancer, report
Trending Posts