The chipset will make the device supersonic.

As the South Korean giant, Samsung has confirmed the date to unveil its Galaxy S9 variants, the rumor mill has started to get strong as well. The Galaxy S9 variants which will be launched on 25th Feb in Barcelona a day before the MWC have almost everything revealed but there are a few things which are not yet known. And for all the wrong reasons, some rumors are becoming confusing like the recent one that the device will be featuring Exynos 9810 processors.

Just yesterday, it was revealed by Cnet, that Samsung Galaxy S9 could feature the Qualcomm’s latest Snapdragon 845 chipsets, which will presumably make it insanely fast. And now an Exynos 9810-powered Galaxy S9 bearing model number SM-G960F has surfaced on the Geekbench website. This makes it confusing that what actually the device is featuring. But worry not the Snapdragon-powered Galaxy S9 variants will be limited to some markets like North America. 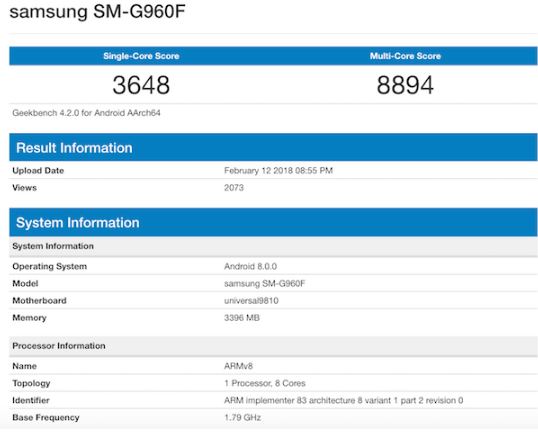 Furthermore, it looks like that Exynos-powered variant will more efficient than others. The listing mentions a single-core and multi-core score of 3648 and 8894 respectively. The SM-G960F that surfaced on Geekbench was running Android 8.0 Oreo with 4GB of RAM. The chip’s base frequency is listed as 1.79GHz but it’s likely going to be the clock speed of the little cluster.

A couple of days ago, there were leaks about the phone’s casings and colors. The video revealed the location of fingerprint sensor which has been placed below the camera lenses at the rear side of the smartphone. While the colors of the devices were affirmed by Evan Blass who said that; “the full-color palette of the upcoming Galaxys is: Midnight Black, Lilac Purple, Titanium Gray and Coral Blue”.

It must be noted that the benchmark results are not the ultimate performance indicators of smartphones. We can count on the chip’s generational improvement to deliver performance gain but that will only be measured once the device is actually launched. 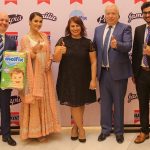