According to news sources, the Alter acquisition deal was done two months ago, but no news have been revealed by either side

News reports and sources state that Google has acquired Alter, an Artificial Intelligence (AI) startup. Alter was previously working for generation of Avatar for social media users and big brands via artificial intelligence (AI). This helps brands and people create and highlight their virtual identity.

Google has bought this startup for an approximate of $100 million. Experts believe that Google’s primary reason behind acquiring the Alter was to enhance its content quality by this upgrade and give competition to TikTok.

It’s revealed that acquisitions of this purchase was done about 2 months back but no such announcement has been made on a public level.

A new hint of this deal is that most of the top executives of Alter have updated their personal LinkedIn profile by revealing that they joined Google. However, it is done without acknowledging the acquisition, as claimed by the reports.

A spokesperson from Google verified that the company has officially acquired Alter. But still none expressed any comments on financial terms of the transaction.

Alter began as a Facemoji. It is a new platform that puts forward plug and play technology for helping games. In addition to this it is also providing App developers add avatar systems to their apps.

Now let’s come towards its investors, as stated by the reports its investors are: Play Ventures, Roosh Venture and Twitter. An investment of $3 million has been done in the startup. Later Facemoji rebranded as Alter.

The founders of Alter, Jon Slimak and Robin Raszka, have also not yet responded to any such request for comment and refuse to reveal any details about Google’s acquisition.

Proceedings further Google has launched a new feature of custom emojis as part of its chat, to enhance one’s experience. The tech giant in its blog post stated that emojis are a big source of expressing more easily, and stated benefits of its use in Google Chat. 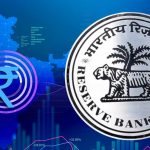