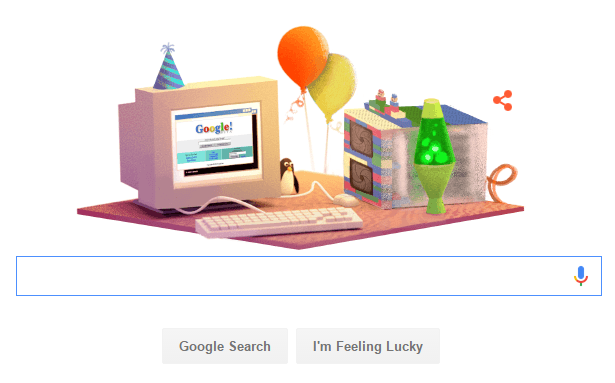 Google, the search-giant, is celebrating its 17th Birthday today, and as you might expect, they have a nice little doodle decorating their website to celebrate this happy occasion.

If you go to google.com, then you’ll be greeted with a nostalgic CRT-screen showing a Google screen while wearing a birthday hat, a couple of balloons and a few throwbacks to the good old days of lava lamps. If you look closely enough, you can also see the Google letters hiding in this image. There is the G, disguised as the CRT monitor, followed by the two Os, the balloons! Then there is the other lowercase “g” hidden in the pattern of that CPU. “l” is for Lava Lamp and the “e” can clearly be seen as the wire connecting the CPU. Clever Google, very clever.

In recent years, 27th September is the date Google has taken on to celebrate its Birthday. However, there is quite a lot of confusion as to whether this is the real birth date of one of the most valuable brands in the world or not! And instead of trying to take our attention of that matter, Google, like the fun and geeky company it is, makes the matter even more mysterious by hiding an easter egg in its birthday doodle. When you click on the logo, it’ll automatically do a Google search for “when is google’s birthday”. It seems like we’ll never know when the real birth date of this awesome company really is… 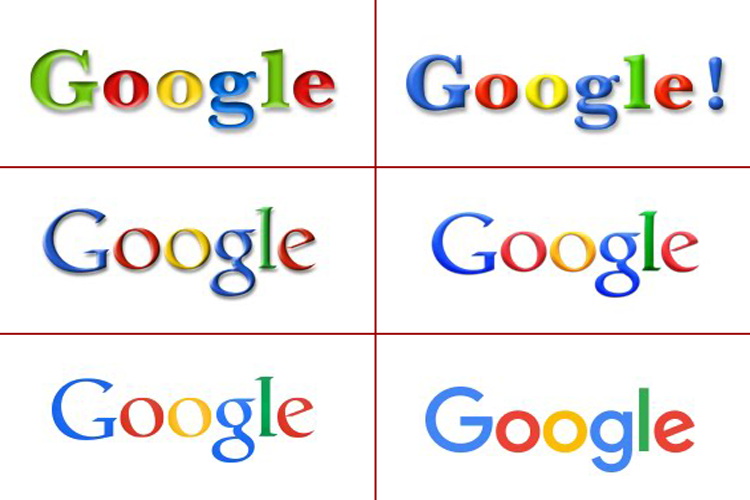 There has been a lot happening at the Mountain View-based company. First, there was a massive reorganization, resulting in a new CEO and a new umbrella company called “Alphabet”. Led by Sundar Pichai, the new downsized Google revamped its logo with a completely new typeface, and a more cartoon-ish and flat feel just weeks later. On Tuesday, the company will be having its first major event under Sundar Pichai to unveil the new Nexus devices and we can’t wait to hear about how Google will function from now on. 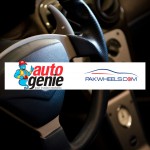